DCA first to offer lacrosse in the area

A couple of years ago, Danville Christian Academy Director of Admissions Casey Wilson had an idea, but she didn’t know how to implement it. She wanted to bring lacrosse, a sport she grew up playing in Boston, to DCA.

The problem? Well, there were several.

To begin with, lacrosse is not sanctioned by the Kentucky High School Athletic Association. No other school in the area and very few in the state even offer it as an option for student athletes. In Kentucky, there isn’t the same level of knowledge and interest in the sport as there is up north.

Wilson hopes she and the soon-to-be Lady Warriors lacrosse team will change that.

Wilson said that she had been kicking the idea around for over a year and a half, and in the last couple of months she started talking to her now assistant coach Boomer Heck, who is the involvement minister at Indian Hills Christian Church and has been a lacrosse fan for years. 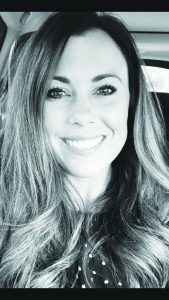 “I worked at a church in Ohio. And I had kids in my youth group that would play because it was big there,” he said, on how he first came to love the sport. “It was so much fun to go watch them — that’s when I started watching. I’ve never coached; I’ve never played lacrosse. I just love watching it.

“I know the rules; I love watching it. I’m just so excited to be a part of it.”

Both Wilson and Heck are excited to grow the sport they’re so passionate about in the area, but they also recognize what it means for Danville Christian as well.

“There’s not anybody else around here (offering lacrosse). With the way the school is growing and how we want it to grow, if we can offer something like that, that isn’t around here, that’s a good thing,” Heck said. 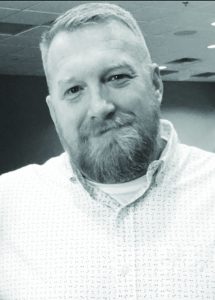 The current problem facing DCA is a logistical one. There are no local teams, and the KHSAA doesn’t sanction it as a sport. The solutions are operating as a club-style team, and traveling.

Once practices and tryouts begin in the fall for both the middle-school and high-school teams, anybody from Boyle, Casey, Garrard, Jessamine, Lincoln, Mercer and Washington counties are welcome to try out after being vetted by DCA admissions.

“KHSAA doesn’t sanction lacrosse. We’ll have to be a club type program. The great thing about that is that anybody can join,” DCA Athletic Director Jamie Middleton said. “We want to get them into lacrosse and give them an opportunity. We’re all about giving participation opportunities.”

As for the travel, it’s a challenge that DCA is prepared to tackle, and already has experience with.

“It’s intimidating when no other school in the area is doing it, because who are we going to play against?” Wilson said. “But Jamie has started to find some schools that are doing it and are reaching out. It’s maybe not the schools that we’re normally working with or playing against in other sports, but just to have some competition of some sorts.”

“We’re used to traveling. We’ve been all over — like our girls basketball team last year went to Illinois and played in a tournament. We go to Tennessee; very first game of the season we drove to West Virginia,” Heck added.

One thing that hasn’t been a problem for them is drumming up interest among the students, even before expanding the search to the surrounding schools.

“At DCA, it’s all the girls are talking about right now,” Wilson said. “We have some great girls that are going to be beasts on the field. We almost have too many like that. They’re excited. It’s every other day they’re texting or calling me, ‘What about this person playing? What do you think about that person?’ Just within DCA, we have the support and the players to start. We’re not going to be in any trouble like that to find players.”

Wilson has a long history with the sport of lacrosse, which is why she wanted to start it in her new hometown. In high school, she was the captain of the lacrosse team during her senior year at Haverhill High School in Massachusetts. She’s also been trained through U.S. Lacrosse to be a high-school coach.

Wilson said she’s already seen signs of lacrosse becoming a big sport in Kentucky and surrounding states. She pointed to local colleges adding lacrosse to keep or attract new student-athletes. It is important for her to give the current group of female student athletes more opportunities when they graduate.

“We have some strong athletic programs. They’re smaller because we’re a small school, but they are strong, especially our girls programs,” she said. “We have true female athletes in our school and they’re going to go to college and play a sport. So to be able to introduce them to lacrosse is exciting for them because it’s just another opportunity for them.”

All eyes of the area athletic community will be on Danville Christian Academy’s girl’s lacrosse team as it begins play for the Spring 2020 season. Boomer Heck knows this and doesn’t mind the added pressure of being the first.

“I like the idea of us being guinea pigs for this whole thing around here. Us doing it and doing some open fields and maybe getting some girls from those other schools out here doing it and seeing what it’s all about,” he said.

Wilson said that she doesn’t expect much from the first year. Her goal is to help educate potential players about the game, and maintaining their excitement level.

“I think it’s going to be a lot of fun and I’ll think they’ll learn a lot,” she said. “In the next two or three years, it’s going to pick up around here quickly because why would they not want to do it.

“What I envision for our first go, and I need to work with Jamie and make sure it works with the other sports, is have a big Saturday morning where we go and watch a team play like a Centre or whoever’s playing. Go watch and then come back and have fun, see if you like it.”

She said the first barrier to clear is just learning the basics of the game. She also feels like some girls who have only seen men’s lacrosse might be turned off by the physicality of that game without realizing the differences between it and women’s lacrosse.

“Some girls don’t know what a lacrosse stick looks like and they don’t recognize that men’s lacrosse and women’s lacrosse are very different,” she said. “So just seeing the difference would help for girls as well. If they’re thinking men’s lacrosse, I mean I wouldn’t play men’s lacrosse. We’ve got to start somewhere and this is where we’re starting. It’s getting a lot of people excited and that’s getting me excited.”

Boomer Heck is also getting excited about being the starting point, and seeing what happens next.

“We’re going to kick the door open and see what happens and go where we need to go.”