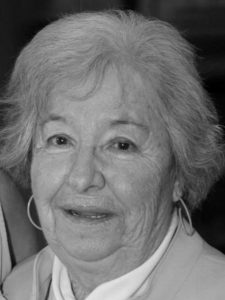 Born December 19, 1934, in Lincoln County, Kentucky to the late George and Bessie Ballard Sowders, she was the widow of James E. Singleton, and was a retired employee of Cowdens where she worked as an inspector for 25 years. She was also a member of Fairview Baptist Church.

In addition to her parents and husband, she was preceded in death by two brothers, J.T. Sowders, and Craig Sowders; and one sister, Bonnie Waddell.

A one day service has been scheduled for Monday, July 29, 2019 at Spurlin Funeral Home Chapel, Stanford. Visitation from 11 a.m.-2 p.m. with funeral service beginning at 2 p.m. with Reverend Gary King officiating. Burial will follow at Fairview Baptist Church Cemetery in Stanford.

The family would like to express their appreciation to Stanford Care and Rehab Center and Heritage Hospice for their kindness, care, and compassion during this difficult time.

Memorials in lieu of flowers may be given to Heritage Hospice, 120 Enterprise Drive, Danville, KY 40422.