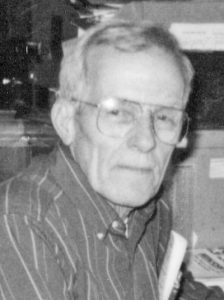 James Anderson, 92, of Danville, passed away July 29, 2019. He was born on October 31, 1926 to the late John Luther and Susie Cain Anderson. James was preceded in death by his loving wife, Wanda.

Along with his loving wife, Wanda, James was also preceded in death by a daughter, Derotha Lynn Anderson; a brother, Herbert Earl Anderson and a sister, Dovie Barker.

Funeral service will be held on August 2, 2019 at Preston Pruitt Spurlin Funeral Home at 1:00 p.m. Burial will follow at Danville Memorial Gardens in Danville.