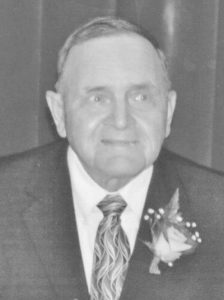 A native of Mackville, he was born on February 21, 1937 to the late Herschel Reid and Ruby Lee Bugg Peavler.

He was a member of the Deep Creek Baptist Church, a 1955 graduate of Mackville High School and a retired farmer.

Preceding him in death was a granddaughter, Robin White and a grandson, Robert Evann White.

Funeral services will be held at 2:00 Wednesday, August 28 at the Deep Creek Baptist Church with Rev. Ken Wade, officiating. He will be assisted by Rev. Lewis Walter. Burial will be in the Peter Cemetery at Mackville.

In lieu of flowers contributions may be made to, Bluegrass Hospice Care, 2312 Alexandria Drive, Lexington, KY 40504.

Visitation will be from 4 until 8 Tuesday at the Carey & Son Funeral Home in Springfield and after 9:00 Wednesday morning at the church.