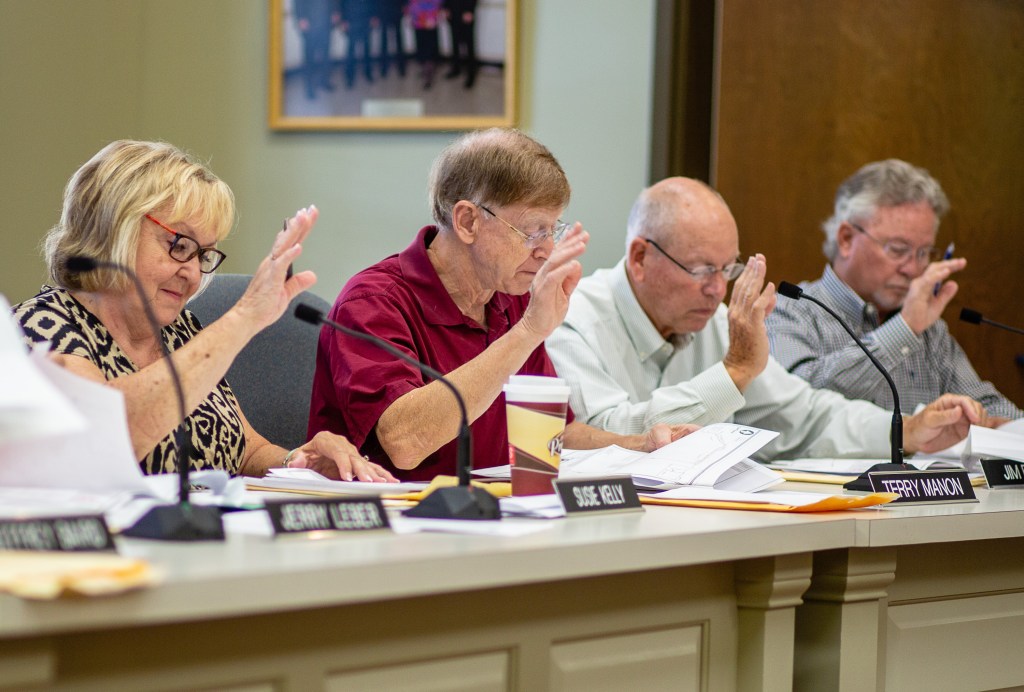 Ben Kleppinger/ben.kleppinger@amnews.com Members of the P&Z Commission take a vote during Wednesday's meeting.

After three months of public hearings, the Danville-Boyle County Planning and Zoning Commission has finally approved a major overhaul of its zoning ordinance.

Disagreements over how the zoning ordinance should regulate hazardous liquids pipelines surfaced last month. But those wrinkles had been ironed out by the time the commission met Wednesday morning. People who had been on opposite sides in July were in agreement that the new ordinance would make Boyle County’s protections against hazardous pipelines even stronger. 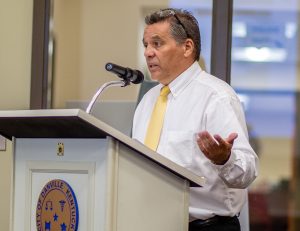 The proposed ordinance introduces new protections against hazardous pipelines for some districts, while maintaining some of the current ordinance’s protections as well, P&Z Director Steve Hunter said.

Tom FitzGerald, a well-known attorney with the Kentucky Resources Council who helped author Boyle County’s original pipeline regulations, was largely on-board with how the proposed ordinance had been modified since July. He proposed six further changes, all of which were adopted by the commission.

“I think that Steve’s suggestion of combining what was there with the idea of categorically excluding repurposing as well as new pipelines in certain districts is a good addition,” FitzGerald said. “It provides more certainty.”

The zoning ordinance must still be examined and approved by the governments served by P&Z — Boyle County, Danville, Junction City and Perryville — before it could take effect. 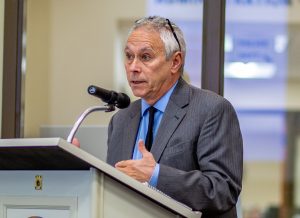 Pipeline regulations like the ones in Boyle are rarely seen. FitzGerald said this was only the second place in the country that created a conditional-use permit requirement for new or repurposed pipelines carrying hazardous liquids. The other place is Golden, Colorado. Madison County also replicated Boyle County’s regulations, FitzGerald added.

The pipeline regulations were added in 2016. At the time, Houston-based energy giant Kinder Morgan was planning to repurpose a natural gas pipeline, part of which runs through Boyle County, to carry “natural gas liquids” — explosive byproducts of fracking in northeastern shale fields.

The pipeline runs 964 miles to the gulf coast, but Boyle County was the epicenter for opposition to the plan. Opponents warned the pipeline in question was over 70 years old, and a leak could contaminate Herrington Lake, a source of potable water for the region. Leaked NGLs could also pool at ground level, creating an unbreathable and explosive cloud that could devastate large areas, they claimed.

The zoning ordinance was created as a local road block for any hazardous pipeline project. Pipeline opponents feared the Federal Energy Regulatory Commission would not block the project.

After years of delays, Kinder Morgan ultimately canceled its pipeline plan last year. The company said “changed market circumstances” led to its decision. Local leaders said at the time they felt opposition to the pipeline in Boyle County must have played a role.

“This project was ill-conceived from the very beginning and the effective response from our community shows how powerful, how wonderful our community is when we are united,” attorney Mark Morgan said last October. “We came together regardless of political party, regardless of other values and became the leader in the state and in all six of the states affected by this proposed hazardous liquids pipeline.”

However, cancelation of Kinder Morgan’s project does not mean there couldn’t be another similar project in the future.

“I wouldn’t turn my back on this chapter for good,” Danville Mayor Mike Perros cautioned when Kinder Morgan canceled the project. “In fact, if there’s anything we can do to further dissuade the federal government to ever consider this, I think we should do so.”

What the ordinances require

The current ordinance requires any company intending to build or repurpose a pipeline to carry hazardous liquids to seek a conditional use permit from the local Board of Adjustments. The company must demonstrate compatibility with existing land uses and pay for professional analysis proving that compatibility.

The revised ordinance would maintain the conditional-use permit requirement. It would also create an outright prohibition on hazardous pipelines in most districts, including all residential areas. Hazardous pipelines would be an allowed use on land zoned for agriculture or heavy industry; they would be allowed with a conditional-use permit on land zoned for light industry and in Boyle County’s Industrial Business Development district. And the revised ordinance would require pipelines to be at least 1,000 feet away from residences.

While hazardous pipelines would be allowed in the agriculture zone, they wouldn’t be allowed within 1,000 feet of any occupied residence within that zone.

The Board of Adjustments and the P&Z director would have the authority in some cases to increase the 1,000-foot setback, based on how explosive or dangerous a pipeline project might be. 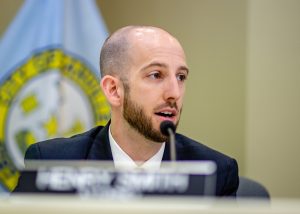 P&Z Attorney Henry Smith told commissioners he has researched relevant laws and believes everything in the proposed ordinance, including FitzGerald’s modifications, can withstand legal challenge.

“What we have on the books and also what we are proposing are kind of vanguard ordinances. It’s not something commonly adopted in the state or the country,” Smith said. “But I think we have strong arguments under … law that would support the ordinance and I think the federal pipeline statutes, which deals with preemption, carves out a space for zoning to deal with the land-use and siting aspects of a pipeline.”

FitzGerald said he agrees with Smith that Boyle County is using “clearly authorized powers” to regulate compatibility of land uses.

“In some respects, you all have been blazing a trail,” he said. “And as Henry has said, I think it’s a trail that is very defensible.”