Fawn Tobe says she got that call — the one at 3:30 in the morning, what she calls a mother’s worst nightmare. “But he is alive, he’s going to be fine. We will go from there.”

Her son, Jett Tobe, a former Boyle County High School student, is the 17-year-old who was found unresponsive and severely beaten in the back of a Laurel County residence last weekend. A group of people, three whom are from Danville, were questioned and charged in connection with the alleged assault.

The incident happened early Sunday morning in the Keavy community, about 10 miles south of London. Tobe says her son was invited there for a birthday party.

Tobe says based on what she was told, the cops had already come to the residence twice before they stopped for a third time. According to the Laurel County Sheriff’s Office, deputies were dispatched to the disturbance complaint on Paris Karr Road at 2:39 a.m.

“The previous times the officers came to the residence, they didn’t find anything and there was no assault,” Det. Gilbert Acciardo said, public information officer for the Laurel County Sheriff’s Office. He said officers weren’t able to enter the residence the first two times because there was no probable cause, and no juveniles had been detected around the residence earlier.

“On the last call, there was a person seen on the front lawn, she was throwing clothes and a lamp onto the roadway outside. That’s when we went back a third time, and found a severely injured 17-year-old in the back bedroom,” Acciardo said. 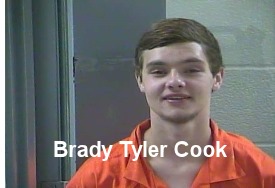 In a press release posted on social media, Laurel County Sheriff John Root said deputies saw a male and female outside the residence, standing near a Nissan Sentra. Reports received by the police indicated the vehicle had left and then returned to the scene.

Root said the female became belligerent with deputies during the investigation, would not cooperate and they could smell the odor of alcohol on her. When they entered the residence, there were “numerous intoxicated adults and juveniles.”

The sheriff said that in the back bedroom of the residence, a “17-year-old male juvenile from Mt. Washington was found unconscious and had been allegedly assaulted by three individuals inside the residence.”

Jett was taken via ambulance to Baptist Healthcare hospital then airlifted to a Norton’s Children’s Hospital, a level 1 trauma center, where he was put on a ventilator.

Tobe, who is now over the ER at Norton Healthcare in Louisville, had previously been an ER nurse at Ephraim McDowell Regional Medical Center. She said her son is home now, and will likely have some issues, mostly with his peripheral vision.

“He is stable; he will be fine. Doesn’t appear at this time that he will have any long-term deficits.” Most confusing of all, she says Jett doesn’t know why the incident happened — those who are being charged were his friends.

After Tobe got the job in Louisville, Jett transferred to Bullitt County for school. But he maintained contact with his friends back home, she said.

“All the kids there were all people from Danville, and some other areas,” she said. “And I haven’t seen the videos. The detective says they’re graphic …” 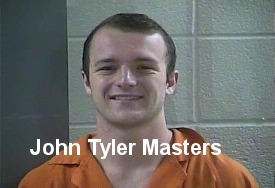 Text messages and videos were recovered by Laurel County authorities, and are said to depict and describe the assault. One male juvenile is charged with intentionally deleting the video of the assault.

“They’re still investigating. I will see the videos before the trial. But, according to his friend, they’re very bad.”

Three adults and two juveniles were taken into custody in connection with the incident. They are:

• John Tyler Masters, 19 of Keavy, charged with first-degree assault and third-degree unlawful transaction with a minor. Keavy allegedly brought alcoholic beverages to the residence although no one at the residence was over the age of 21.

• Madison Hope Brown, 18, of Liberty, found outside the residence near a Nissan Sentra, charged with first-degree disorderly conduct and alcohol intoxication in a public place.

• A 16-year-old male juvenile, of Danville charged with first-degree assault and alcohol intoxication.

• A 17-year-old male juvenile, of Danville, charged with tampering with physical evidence and alcohol intoxication. Allegedly this individual intentionally deleted a video of the assault.

All three adult individuals were lodged in the Laurel County Correctional Center. 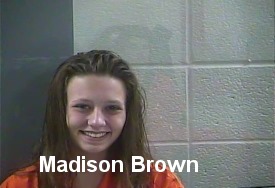 “It was horrible, really was. Again, a mother’s worst nightmare,” Tobe says. She said the hardest part of the whole thing is the senselessness.

“Just senseless. Confusing. Hurtful and upsetting. Now we need to find out why it happened.”

Anyone with any information about the incident may call Det. Gray, the lead investigator on the case, with the Laurel County Sheriff’s Office at (606) 864-6600.