Peggy Jane Burgess, 77, of Danville, passed away September 12, 2019 at her home. She was born on April 27, 1942 in Dickson, Tennessee to the late Elbert and Lela Mae Hamilton Burgess. She was a homemaker and a member of First Baptist Church. 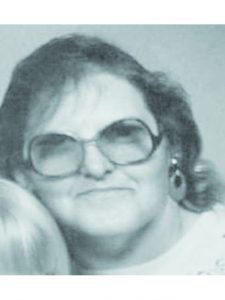 She is preceded in death by her parents and a daughter, Jane Renee Orcutt.