Shirley Ann Adams, 79, of Danville, Kentucky passed away Thursday, September 12, at her residence. 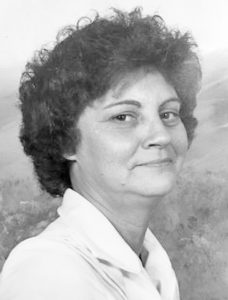 Shirley was born in Lincoln County, Kentucky on December 27, 1939. She was a daughter of the late Otis Newland and Martha (Hacker) Walls. Shirley was the widow of Benton C. Adams who preceded her in death on January 26, 2003. She had worked as a waitress for the historic Beaumont Inn located in Harrodsburg. Shirley was a member of the Salt River Baptist Church and attended the Southern Avenue Baptist Church.

In addition to her parents and husband, Shirley was preceded in death by seven brothers, Harold, Elmer, Tommy, Frankie, Calvin, Delbert and Jimmy Walls.

Visitation will be after 5 p.m. on Monday, September 16, 2019 at McKnight Funeral Home in Crab Orchard.

In lieu of flowers, memorial contributions can be made to Heritage Hospice, 120 Enterprise Drive, Danville, KY 40422.