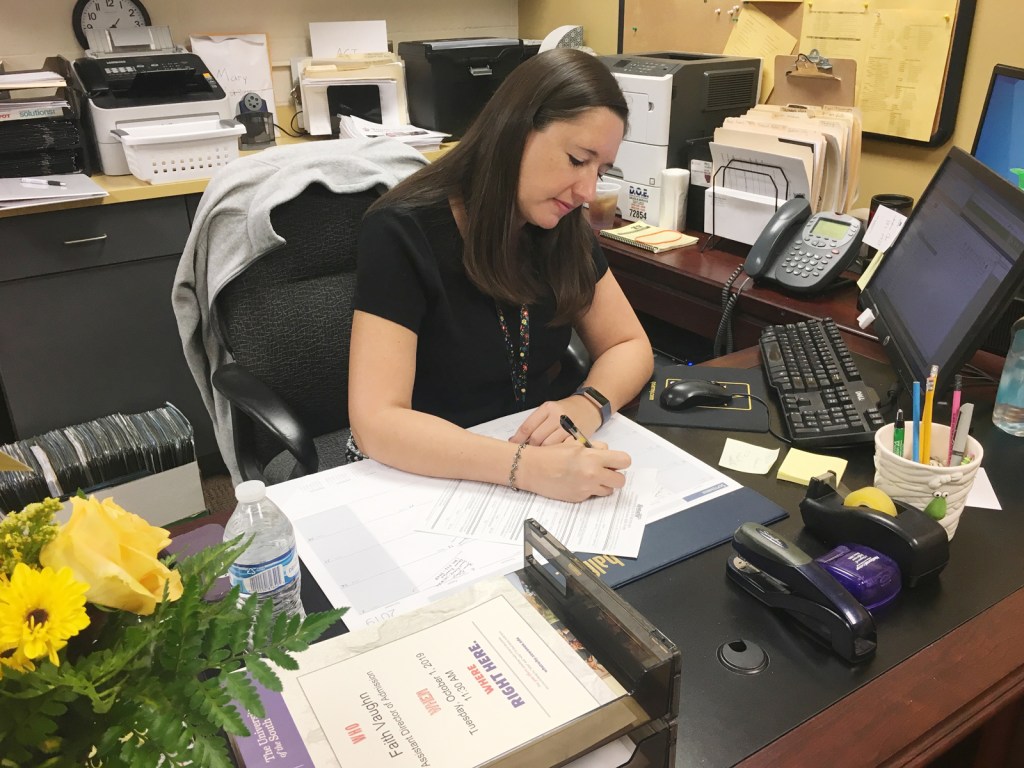 Anyone taking on a new job generally has a training period in which they can ease into the position. However, two new staff members at BCHS were recently thrown directly into the fire of operations.

As the new school year began, the staff in the office prepared to undergo some big changes. Long-time guidance office secretary Mary Casey; and Shawn Campbell, front office receptionist, both retired on Aug. 31. Beth Samons and Jennifer Clark were then hired to fill these two important office roles.

Clark, the new guidance secretary, explains that it has been a bit different than she originally anticipated. “It’s been a little more challenging than what I expected coming into this position after it’s been held by Mrs. Casey for 26 years. There’s a lot to learn. Although she gave me fantastic training, there’s just more than can ever be covered in a week of training.”

Although they are newly employed at the high school, these ladies are no strangers to the district. Both women have children in Boyle County Schools and have been actively involved in the system. 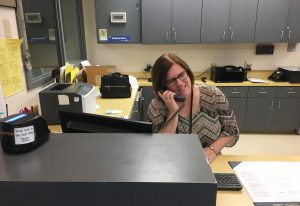 Samons’ involvement spans over 13 years. “I’ve worked at Woodlawn where I subbed for about seven years, and then I worked full time at Woodlawn for about six years. All my kids are older and kind of out of that stage, so I’d just been waiting for something different to open up.

I love working for Boyle County Schools and I didn’t really want to leave the school system, so

I’ve just been keeping an eye on things. I’ve got two kids in high school, another has already graduated, and there’s still one in middle school. It’s just right in my wheelhouse.”

Clark has also worked in the system and currently has two children attending the middle school. “Last year I was at Boyle County Middle School as an instructional assistant. I helped a young lady maneuver around to her classes, to the restroom and to lunch — whatever she needed, I

helped her with. As far as being in the classroom, I assisted the teachers in whatever they needed.

The position that I was in at the middle school was not needed any longer, and I wanted to continue to be on my kids’ schedules.”

Both ladies were pleasantly surprised by how welcoming and encouraging everyone has been.

Samons appreciates the friendliness of everyone at the high school. “People have gone out of their way to welcome me here, not just in passing. It’s not been surprising, but super awesome.”

Senior Blake Samons expresses that he’s happy his mother is now working at the high school. “I think it’s pretty cool having her here at the school and hearing her come on the intercom daily.”

Clark and Samons might have their hands full with these two very busy jobs, however, they appear to be handling them quite well. Multitasking and keeping up with bell and student and staff schedules have been the most challenging aspects for Samons’ new role.

Clark also identifies her most challenging task thus far. “Learning how to use Infinite Campus (state database system) and running all the reports that are necessary.”

As the school year continues to move forward, the new and optimistic office staff are learning to tame the fire.