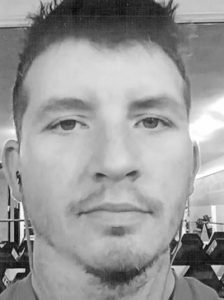 Adam Vess York, 36, of Danville, died Sunday. Born in Danville on December 11, 1982, he was the son of Freddie York of Stanford and Georgia Preston York of Danville. He graduated from Lincoln County High School in 2000 and is a member of Willow Grove Baptist Church. He attended both Gethsemane Baptist Church and Journey Community Church. He was a quality technician at National Office Furniture and formerly worked as a team leader at Berry Plastics. Adam loved the outdoors, hunting, archery, shooting, fishing, playing sports, working on cars, building anything for anyone. He took pride in everything he did, he loved to work and led by his example. He was polite and respected others by putting them first and made people laugh imitating characters and quoting movies. He loved his children and took great pride in his girls. He was a Samaritan with a big heart for helping others, a great brother, son, uncle and best friend. Adam was one of a kind.

He was predeceased by his grandfathers, Charles H. Preston and George Vess York.

The funeral service will be 11 a.m., Friday, September 20, 2019 at The Showroom, Lebanon Road, Danville. Jeremy Gilliam, pastor of Journey Community Church and Steve James, former pastor of Gethsemane Baptist Church will officiate. Burial will be in the Junction City Cemetery.

Memorials are suggested to the Haven Care Center in care of Journey Community Church or the Danville-Boyle County Humane Society. The online guestbook is available at www.stithcares.com.