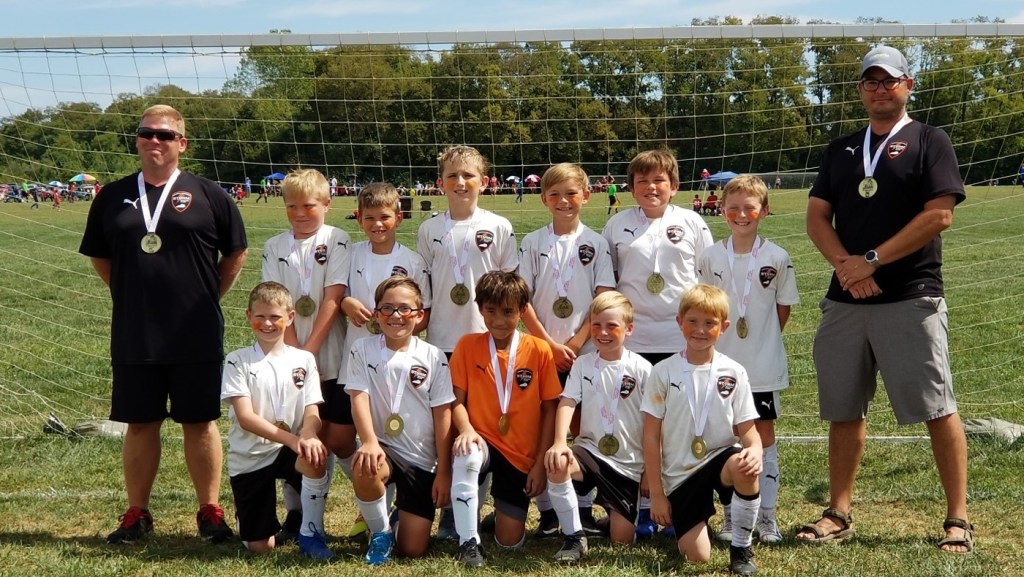 On September 14th and 15th the Central Kentucky Storm Soccer 09 Boys Team traveled to the Cincinnati Gorilla Cup.  The boys team consisting of players from Mercer, Jessamine, and Boyle Counties played 3 hard fought games against Cincinnati teams and earned a bid to the Championship game.  The Championship game on September 15th, was tied at the end of normal time, and went into two overtime periods.  Still tied after double overtime, the game went to penalty shots and the Central Kentucky Storm Soccer 09 Boys Team was victorious.  It was an amazing final and the boys were glad to come back to Central Kentucky with the gold medal.