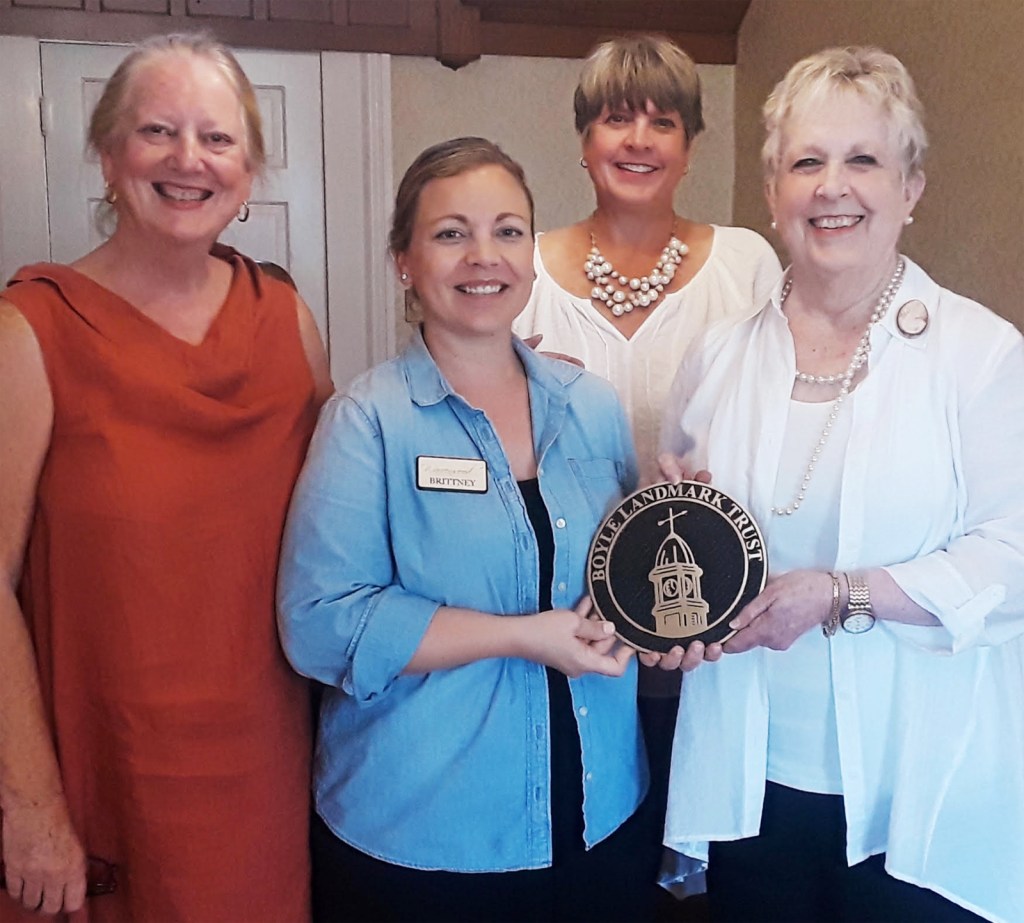 Boyle Landmark Trust board members presented a bronze historical plaque to Brittney and Nicholas Adams, owners of Warrenwood Manor on U.S. 27, just south of Danville. Warrenwood is one of three Gothic Villa houses in Danville attributed to the Lexington architect John McMurtry and Danville master builder Robert Russel, Jr. It was built in 1856 for John and Samuel Warren, sons of Capt. William Warren, a pioneer Kentucky soldier and legislator. Bricks were made on the site and the lumber came from trees on the property. Rooms are 18 square feet and the ceilings are 14 feet high with solid walnut doors and hand carved mantels. The house has changed hands many times since the last Warren left in the early 20th Century. It has suffered neglect, then been restored several times. The Adamses rescued the house once again in 2014 for use as an event venue. Boyle Landmark Trust works to preserve Boyle County’s architectural heritage and encourages adaptive reuse of historic buildings. Pictured are from left, Stephanie Griffin, Brittney Adams, Jennifer Shevlin, and Pat Boatwright.