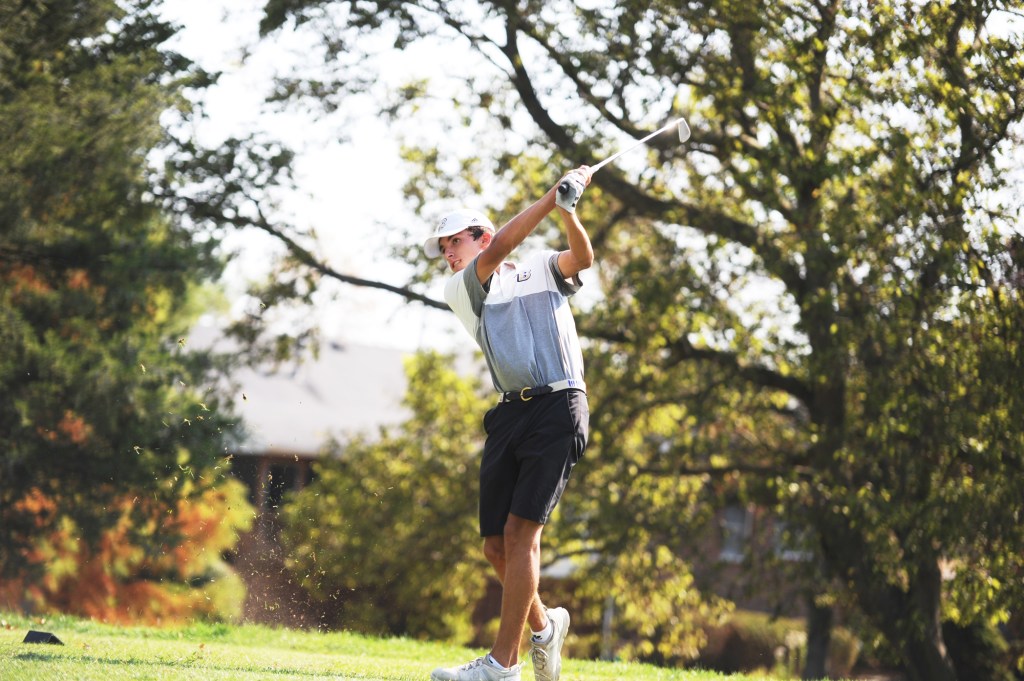 William Carr shot a 76 to tie for second in the regionals. He will be joined in Bowling Green by teammates Jack Briese and Colton Wilson. (Photo Derek Brightwell)

Junior Jack Briese, and sophomores William Carr and Colton Wilson all finished in the Top 10 overall, and Top 5 of possible individual state qualifiers — after removing the players on the regional champion Taylor County. As a team, Boyle shot a 314 to finish second in the region.

Under the old rules, the Rebels would have qualified as a team, but as it is, they will be well represented at the state championship in Bowling Green which will begin play on Thursday, Oct. 10.

“Very proud of all three of them. They each had rough stretches throughout their round but they held tough,” Boyle coach Tay Webb said. “They battled and overcame adversity when it started them in face.”

Wilson entered play as one of the favorites to qualify for state after finishing in the top 30 in the Kentucky Golf Coaches Associate All-State Tournament earlier in the year.

Lincoln County’s Lawson Hon shot a 79 on the day to claim the final qualifying spot.

The KHSAA State Tournament begins next week starting with the girls on Monday, Oct. 7 through Wednesday, Oct. 9. The boys begin the next day on Thursday, Oct. 10 and finish play Saturday, Oct 12 at the Bowling Green Country Club.