Boyle magistrate: There is a ‘huge problem’ at KSD 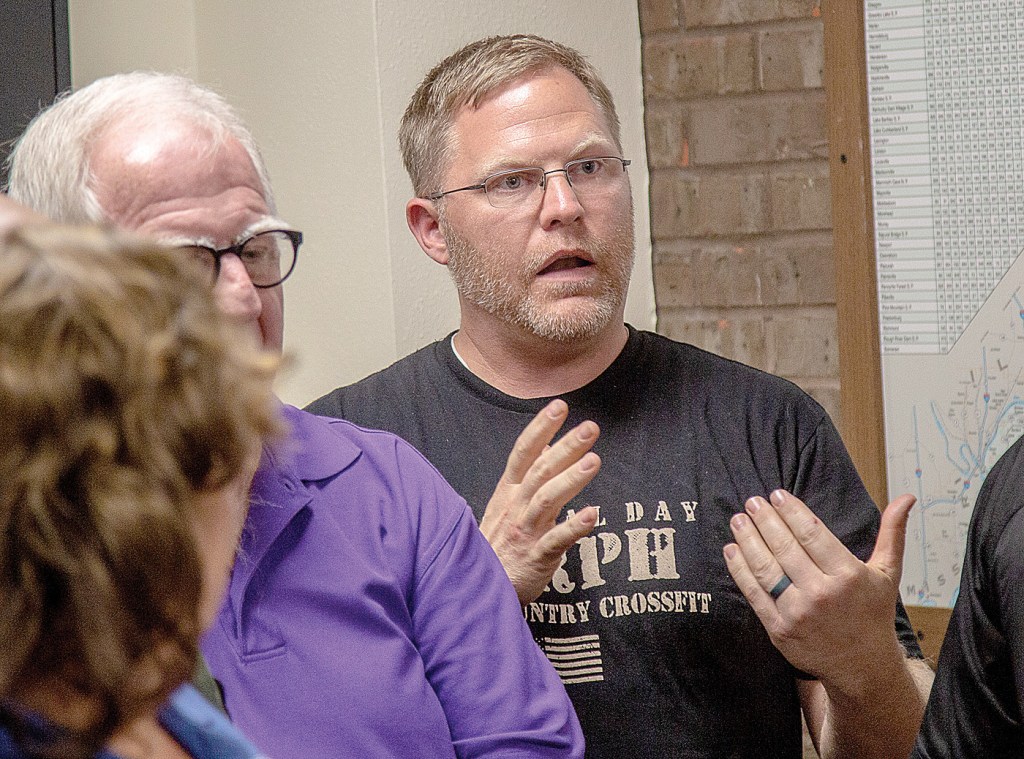 When Gov. Matt Bevin visited Boyle County Friday, ostensibly to announce close to $600,000 in discretionary spending of resurfacing rural roads, Boyle County Magistrate Jason Cullen took the opportunity to bring up what he said is a “real issue” with how the Kentucky School for the Deaf is run.

“I would say the administration there is a huge problem,” Cullen told Bevin during the 4:15 p.m. event at the Boyle County Courthouse. “My son, my youngest, is deaf. We pulled him out of there this last year because of problems. They’ve had issues with bed bugs, lice, abuse — it just goes on and on. 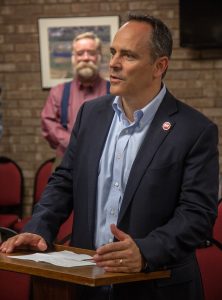 “And it feels like every time somebody, a teacher, there speaks up, it gets back to the administration and those people are actually disciplined or fired. It’s gotten to be really bad.”

Cullen said people from the KSD community have tried to effect changes, but “we don’t get much help from the (education) commissioner or his staff.”

Bevin responded that he’s “not convinced” the structure of the Department of Education is setup in the optimal way and that problems at KSD could be “a good example” of that problem.

“These people (in KDE and the education commissioner) are not necessarily either equipped for nor do they have the bandwidth to be able to focus on it … this is not like every other educational approach; it really is very specialized,” Bevin said. “It requires a whole different level of a variety of things.

“But here’s the sad reality: The things you’re referring to have as much to do with just attention and dignity and pride and focus of dollars and resources. A little bit would go a long way.”

Cullen reiterated that “we have a large community that has tried to push back to the commissioner, has sent letters, has asked different things, and it’s kind of fallen on — unfortunately to use the term — deaf ears.”

“I think one of the saddest parts is that you have a school for the deaf that really has no deaf administrators helping to bridge the gap between the two because the deaf has its own community and when you bring somebody in there — the principal that’s in there had never learned sign language (or) took sign language, and she was just kind of brought in.”

“She has learned it now, though,” Judge-Executive Howard Hunt added.

“She is learning,” Cullen responded.

Bevin said he has supported a “deaf ministry” in another country for years and understands “it’s a whole ‘nother world, literally. It’s a silent world but it’s a world that has tremendous ability to communicate, but in a wholly different way.”

Bevin said current Education Commissioner Wayne Lewis “understands that this is a priority for me.”

“The School for the Blind has its own similar challenges in its own way,” Bevin said. “… I’m glad you brought this up. Let me go back, let’s look at it again. There’s no magic wand that we have, but we owe people better than I think historically we’ve delivered.”

Bevin told Cullen he would “make a note of” his comments and asked Cullen to “be a sounding board” as he looks into the situation.

In February of this year, two parents with children attending KSD provided letters to a Lexington newspaper about various complaints they have made to the Kentucky Board of Education about the school.

According to the Lexington Herald-Leader, among the most troubling of the claims were two separate instances where police intervention was requested due to threats of violence, and those incidents were not reported to parents.

The two parents also alleged problems with poor quality of food; bed bugs found in a dorm; students being allowed to return to the school after being found responsible for a death threat and sexual harassment; students not receiving speech and language services; and students being taught by an employee who they allege did not have state certification.

KSD Principal Toyah Robey declined to comment on the accusations at the time because they dealt with personnel issues.

The Advocate-Messenger shared many of the comments made Friday with Robey Friday evening. Robey said she was not previously aware of what had been said at the meeting and declined to comment.

“Our protocol is we always go through our communications department because we are part of KDE,” she said.

“I had the opportunity to spend time this afternoon with the KSD staff and leadership,” Lewis said in the statement. “I am proud of the progress the school has made over the last year. Noteworthy milestones in the last year include the opening of a new elementary school building, the continued growth of career and technical education for high school students, including agriculture and culinary arts programs, and the hiring of additional staff, including an assistant principal, who are deaf or hard of hearing.”

Read about the rest of Gov. Bevin’s visit to Boyle County here.