Boyle falls to West Jessamine in first round 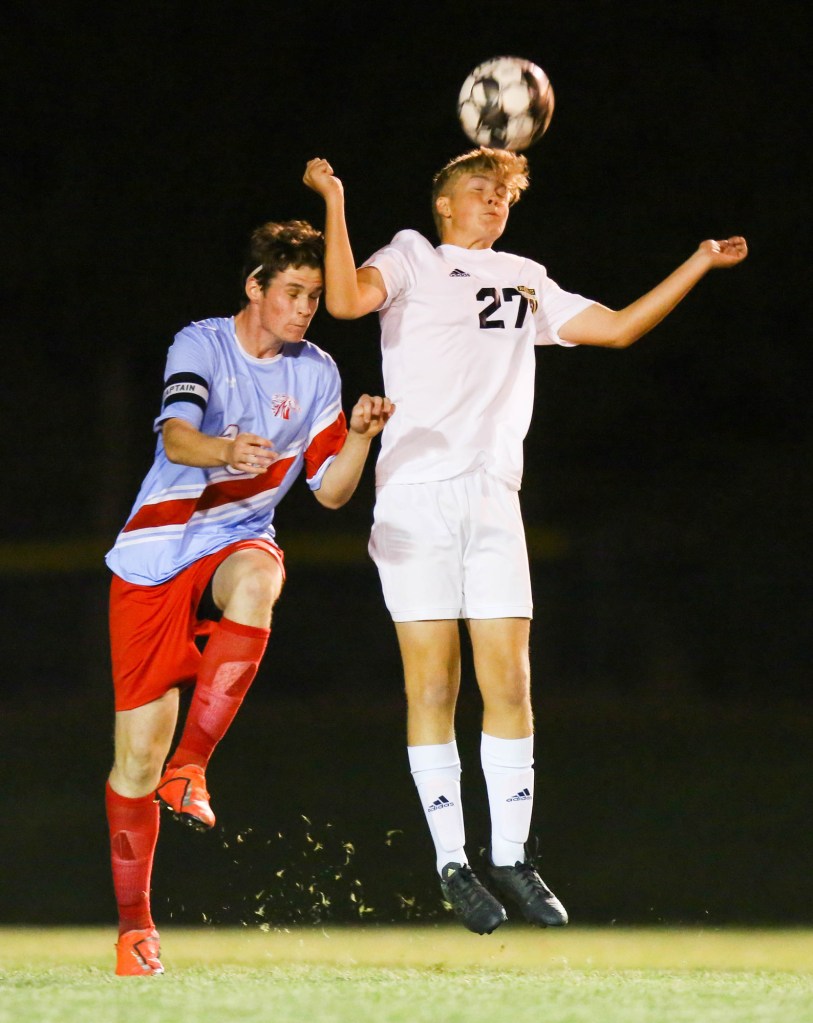 SOMERSET – After a deadlocked first half, West Jessamine High School scored three goals in the final 40 minutes to down Boyle County High School 6-3 in the opening round of the 12th Region Boys Soccer Tournament on Tuesday at Southwestern High School.

With a tied score, West Jessamine senior Esteban Garcia scored on a penalty kick in the 53rd minute.

In the 65th minute, West Jessamine junior Noah Combs scored in the box off a free kick from the left side by senior Esteban Garcia.

In the 71st minute, West Jessamine junior Lucas Keathley broke away to score on a one-on-one with Boyle senior keeper Ethan James.

The Colts went up 2-0 with two goals within the first 20 minutes. In the 10th minute, senior Esteban Garcia scored off a corner kick from the left side that found the right corner of the net.

Boyle County scored their first goal in the 21st minute when junior Caden Farrell crossed in the box to junior Colbey Yonders for the score.

One minute later, West went up 3-12 when Kinnell scored again off a rebound from a shot attempt by sophomore Nash Woosley.

Boyle County took control to end the opening half by scoring twice within a four-minute span.

In the 30th minute, Rebel junior Gabe Hodge got fouled in the box setting up a PK for Farrell, who put the ball in the left corner of net.

In the 34th minute, Boyle County scored the equalizer when Yanders scored in the box off an assist from sophomore Judson Perry.

West Jessamine 12-7-2 will play Southwestern in the semifinals on Wednesday. Boylke County ended their season with a 11-11-1 record.