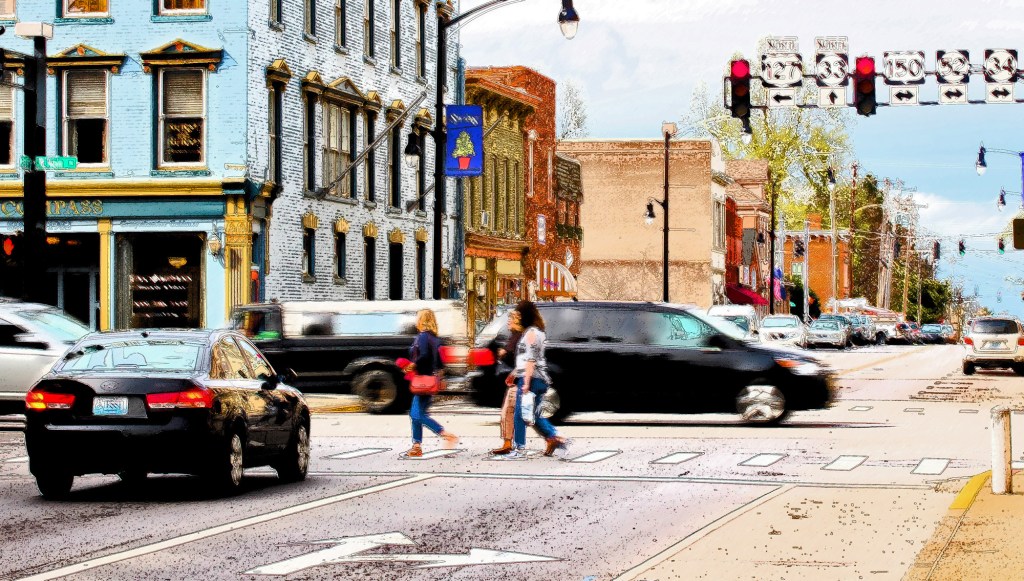 Two pedestrians were injured when an SUV struck them at Main and Third in Danville last week, proving we have more work to do improving downtown safety.

The intersections of Third and Fourth streets with Main Street have been hot spots for vehicle vs. pedestrian accidents for years. The new lane layout for Main Street has definitely improved traffic flow and it may have reduced speeds, but clearly it did not solve the problem of pedestrian safety.

One obstacle to making things better is the fact that all three roads are highways maintained by the state. There are probably no roads more walked by Danville residents than the ones downtown, but those same residents have almost no direct influence over how those roads are run.

We think Third and Main and Fourth and Main are two examples of several in Danville that prove the state should allow more local control — within reasonable limits — over traffic flow on state-maintained roadways. There’s also notably the intersection of Belinda Boulevard and the bypass, in front of Applebee’s, where a traffic light would literally save lives but the state won’t put one in because of traffic counts.

Until there are fundamental, systemic changes in the Kentucky Transportation Cabinet’s policies and procedures, we’re unfortunately stuck with what we have — dangerous roads we’re not allowed to improve on our own.

But there are still things that can be done to help prevent future accidents and make our community as safe as possible.

Education is key. We can spread the word as much as possible to everyone who might walk in downtown Danville that they should use extreme caution every time they cross Main Street. Wait for the walk signal, and then keep an eagle’s eye on the traffic traveling the same direction as you — it’s left turners more often than not who are the problem, cutting across the crosswalk as they turn without looking.

We can also try to warn as many drivers as possible that they should be extra vigilant for pedestrians whenever they are downtown. Because lots of traffic in the area is passing through and not necessarily from Danville or Boyle County, reaching drivers is more difficult. But for the drivers we can reach, we have a potent warning: No one wants to be the driver that hit a person; so pay attention in downtown Danville.

Our local community-focused organizations and governments have a role to play as well. Lobbying those with power for a safer downtown, conducting studies and polls that provide data on downtown safety and running safety awareness campaigns are some options available.

A safer downtown has many benefits for many people. Fewer accidents mean police, EMS and fire forces are free to take care of other business. Pedestrians don’t wind up in the hospital, potentially with serious injuries that could require physical therapy or even permanent damage. Drivers don’t wind up with expensive bills and higher insurance premiums. Businesses new and old can benefit from increased foot traffic. And a thriving downtown space can be a driver for the overall economy.

School resource officers are vital assets to all Kentucky…