From our Schools: The Rebel 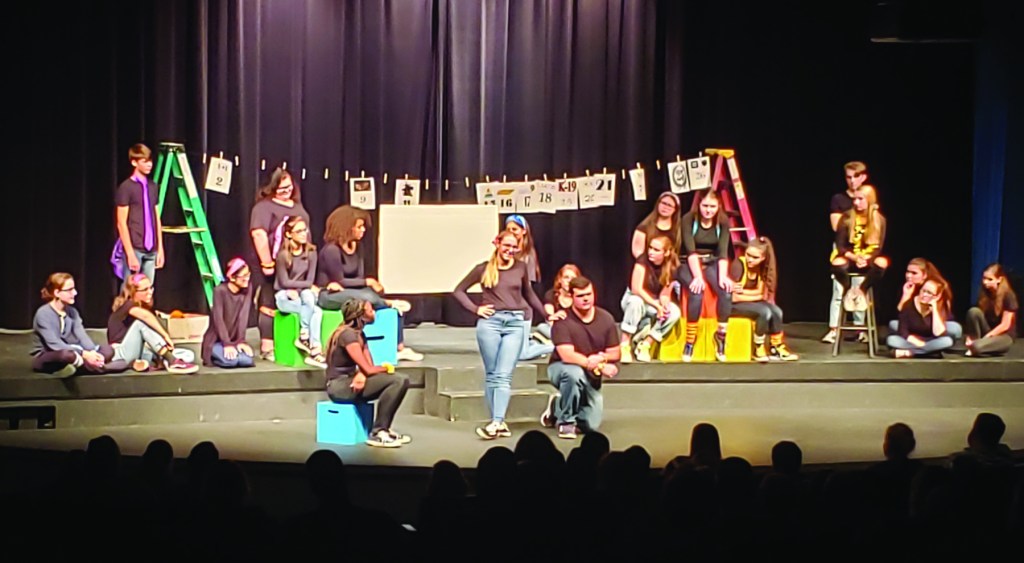 Skylar Hensley (center) performs at Danville High School’s Gravely Hall in the production of “Too much light makes the baby go blind”, a collection of 30 performance-based plays presented in 60 minutes. Boyle County’s drama team presented the collection of autobiographies once again at the Kentucky Thespian Festival held in October. (Frieda Gebert photo)

For hundreds of drama students around the state, there is one particular weekend every year when all roads lead to Owensboro.

This western Kentucky town hosts the highly anticipated Kentucky Thespian Festival, organized by theater professionals and educators. The festival, held Oct. 18-19 this year, provided an opportunity to showcase the theatrical talents of high school students. Whether it was singing, acting, or monologuing, students competed in various events for a chance to be discovered by a professional scout, opening doors for scholarships as well as college admissions.

One particular Boyle student had an unforgettable weekend of performances. Senior Skylar Hensley walked away having won both a scholarship and the attention of multiple colleges. Like in any other activity, her success was not achieved without grit and dedication.

Hensley has been involved in drama since her elementary days at Junction City. “I actually started theater in fifth grade in our production of ‘Little Red Riding Hood,’ then took a break in middle school and joined the high school drama department as a freshman to be in the production of ‘Legally Blonde.’”

After loving her first high school experience on set, Hensley began to cultivate her passion for drama, participating in productions for the next several years.

Now in her senior year, Hensley has just performed in her second Thespian Festival. “I competed in a solo monologue, a duet with Alyssa (Wray), and a solo musical theater piece.”

Hensley was certainly delighted with the outcome.

“The highest score you can get is a 24, and to move on to nationals you have to get a 20. My individual piece for musical theater scored a 22, and my duet with Alyssa scored a 23,” Hensley proudly shared.

Not only was her hard work rewarded with recognition and advancement, but with financial reward. “Forty-two students auditioned for the scholarship, six were called back for interviews, and only four won.” Hensley was one of the four students receiving the coveted scholarship.

Her instructor was extremely excited.

“The energy was wild! To have two of our own, Alyssa and Skylar, score superior and be called back by more colleges than anybody else there; it was amazing,” explained Boyle’s Dr. Freida Gebert.

Despite her on-stage success, Hensley envisions her future being spent behind the scenes, as a director. “I think that if I start out as a director, it would be easier to hone my skills because I can then understand how it works from the inside.”

One of her greatest role models as a director is Gebert, her instructor for the past four years. “Oh gosh, Dr. Gebert is actually one of the best people I’ve ever met. She is one of the people who always encouraged me to perfect my craft and go head first into it. She’s greatly impacted how I see theater and how I see my future.”

Now sharpening her own directing skills, Hensley plans to take the reins of a production at the end of November.

“It’s a small-cast play, I only have four people, but it’s a way to stretch my wings into the directing field. There are no classes where you can practice directing the way you can practice acting, so this is a good opportunity to work on practicing and perfecting that craft for college experience.”

As she sets her sights on the future, the same roads that once lead her to Owensboro now lead her towards a new horizon in theater; the sky’s the limit for this future director. 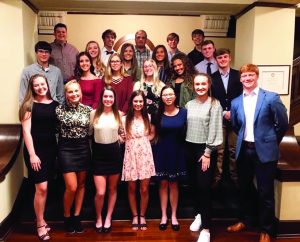 Recently at Old Carnagie on Centre College’s campus, 27 Boyle County seniors were recognized at the annual ACT Gala. This event celebrates students who achieved an ACT score of 28 or above. Also present at the event was special guest speaker Dr. Ellen Goldey, Centre’s Vice President and Dean of Academic Affairs, sharing thoughts with these outstanding students and their families. Gifted and Talented district coordinator Mary Jane Hall, who organized the event, felt the night was a success in achieving its goal, commending these students for their commitment to working hard. (Photo submitted) 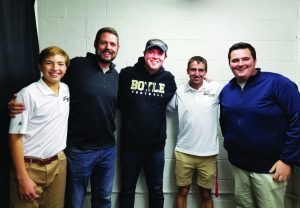