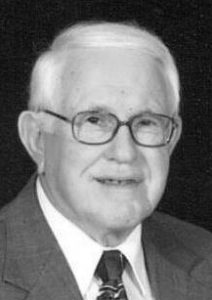 He served as a Corporal in the United States Marine Corps and was a Korean War Veteran. He was manager for United Service Auto Parts for 22 years before owning and operating Jeff’s Auto Parts in Danville for 17 years. He was a member of Stanford United Methodist Church. He was preceded in death by his wives, Ruby Carter Jeffries and Anna Lee Mercer Jeffries, and 2 infant sons.

He is survived by his son, Bob (Andrea) Jeffries of Stanford; 2 grandchildren: Holly (Tommy) Tapscott of London and Emily Slyh of Lexington; 4 great-grandchildren, Jacob and Hannah Tapscott and Camille and Carter Slyh; and a special friend, Ann Abell Jackson, of Stanford.