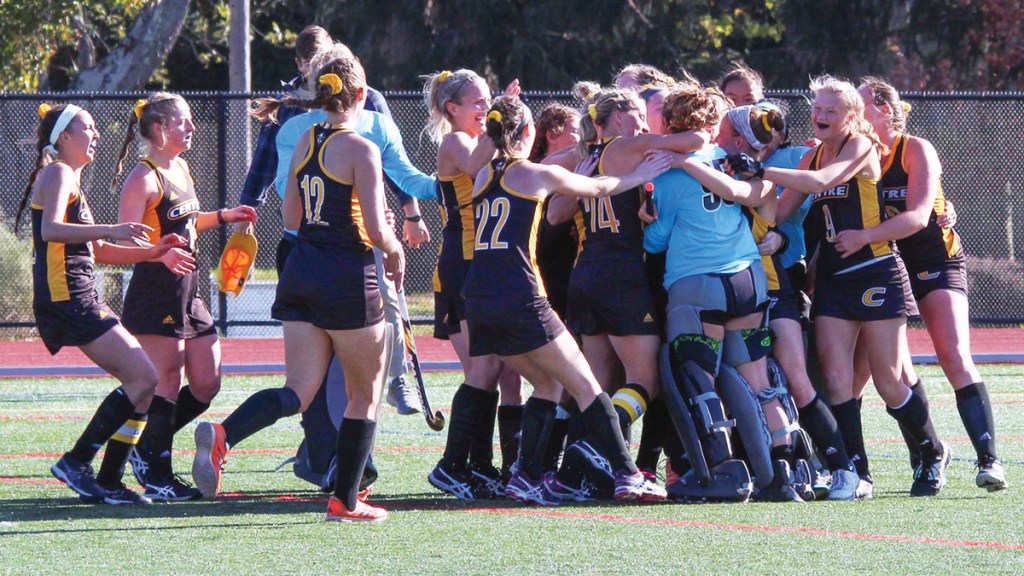 INDIANAPOLIS — Centre field hockey has a chance to continue its special 2019 campaign, having officially punched its ticket to the NCAA Division III Playoffs.

The complete 24-team bracket, which can be seen here, was announced late Sunday night, and has the Colonels (18-0) pitted against Lynchburg (18-3).

The Colonels are ranked No. 14 in the National Field Hockey Coaches Association (NFHCA) Top 25, and have already set the program record for victories in a season. On Sunday, they captured the Southern Athletic Association Tournament Championship with a 2-1 victory against Rhodes.

This is the fifth all-time NCAA Tournament appearance for the program, and first since its historic “Elite Eight” run from 2017. Wednesday’s game will also be the second ever NCAA match Centre field hockey has hosted.

Lynchburg, ranked No. 18 in the latest NFHCA poll, earned the Old Dominion Athletic Conference’s automatic qualifier by way of a second consecutive conference title. This will be the Hornets’ 21st national-tournament appearance and the 18th in the NCAA bracket.

Centre and Lynchburg have met three times in the NCAA Tournament’s opening round, as the Colonels won road games in both 2013 and 2014 against the Hornets. Lynchburg won the first meeting, Centre’s first-ever NCAA appearance, back in 2007.

Wednesday’s winner will head to Salisbury University in Salisbury, Md., for a Round of 16 matchup with No. 10 Rowan scheduled for Saturday, Nov. 16.