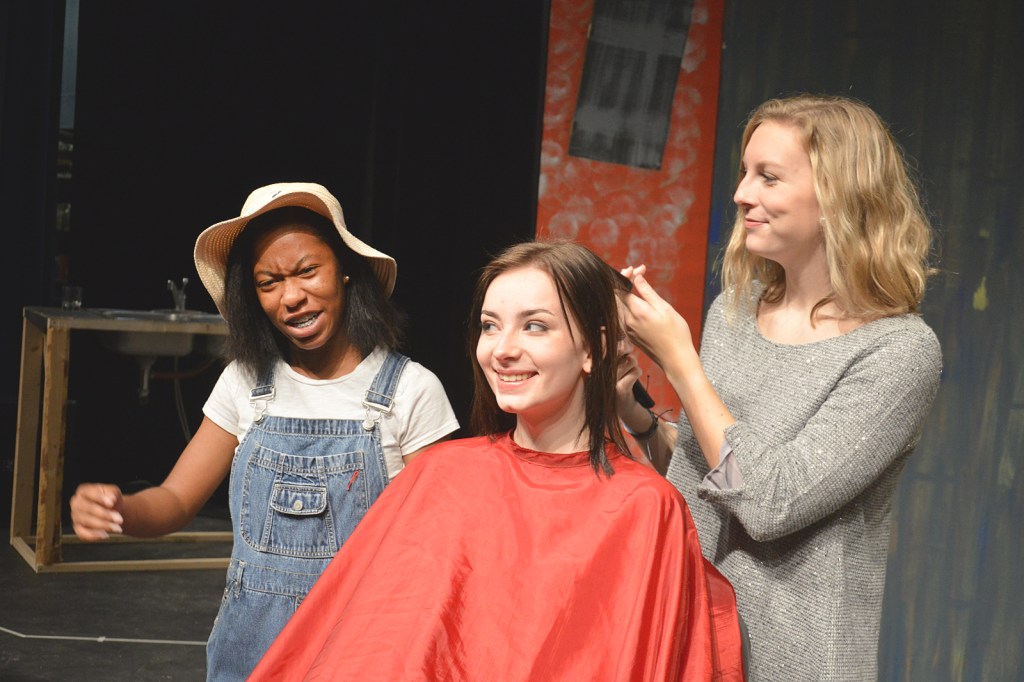 Ouiser, played by Naomi Israel, at left, makes her opinion about something known as Shelby (Rory Cline) and Truvy (Julia Hunt) get tickled.

Danville High School’s fall production almost didn’t happen this year, but as the saying goes — the show must go on. 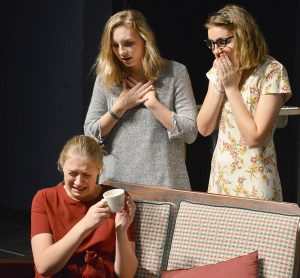 On Thursday, “Steel Magnolias” opens, but just a few weeks ago, there was some concern that the fall production would have to be cancelled. A different show was supposed to be directed by another person, “but at the last minute he took another job and moved away,” said Beth Marlowe, who ended up directing this play with the help of her daughter, Maggie Jenkins.

When Marlowe agreed to direct the school’s fall production, she knew they’d have to quickly decide on a play that features a small cast and they’d have to have a short rehearsal process, Marlowe said.

“It’s been a crazy time,” she said. The play was cast just about six weeks ago; they lost a week of rehearsals because of fall break; Marlowe’s daughter got married; and she took a part-time job teaching children’s theater classes in Springfield, on top of her regular job of managing Bluebird Market. Plus she and Jenkins are coaches for the school’s forensics team. 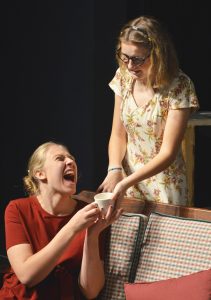 But even with all of the diversions and rough start, the play “is going to be a good show,” Marlowe said.

The cast of “Steel Magnolias” is Julia Hunt as Truvy, Sofie Sanders as Annelle, Jenna Haines as Clairee, Rory Cline as Shelby, Lina Morales as M’Lynn and Naomi Israel as Ouiser.

“It’s such a beautiful story of friendship. .. It really does capture just so much about relationships and how much we need to be in community with other people,” Marlowe said.

For example, two of the characters butt heads the whole time, Marlow said. But they are the closest of friends. “It’s such a good story of that kind of stuff. I love a show like that.”

“There is a lot of sadness to it, but in the end, the story is really about, in the lowest of our lows, the worst times of our life, the people who are our family who have nothing to do with blood, that’s what it’s about. That’s why I’ve always loved this show,” Marlowe said.

Two of the actors who are featured in this play have been acting since they’ve been in school “They’ve played little bitty roles in every show I’ve done. This is the first time they’ve gotten to have a big, major role.” 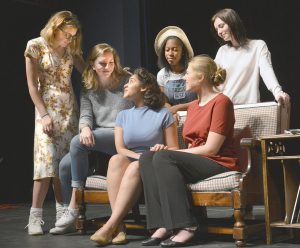 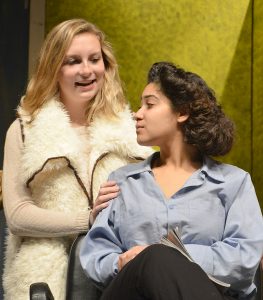 Marlowe said, “All of them are really great. They have the potential to be phenomenal.” “It’s so great to give these kids the opportunity. They’ll be more seasoned next show.”

Looking at the bigger picture, she said it’s important to her to make connections with the kids. “My biggest thing in theater is building a kid’s self-esteem and confidence. 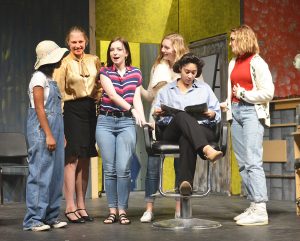 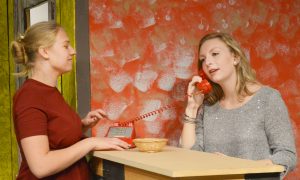 Julia Hunt (Truvy) answers the phone in her beauty shop as Jenna Haines (Clairee) waits for her appointment.