One Day: Athletic director juggles many jobs at DCA 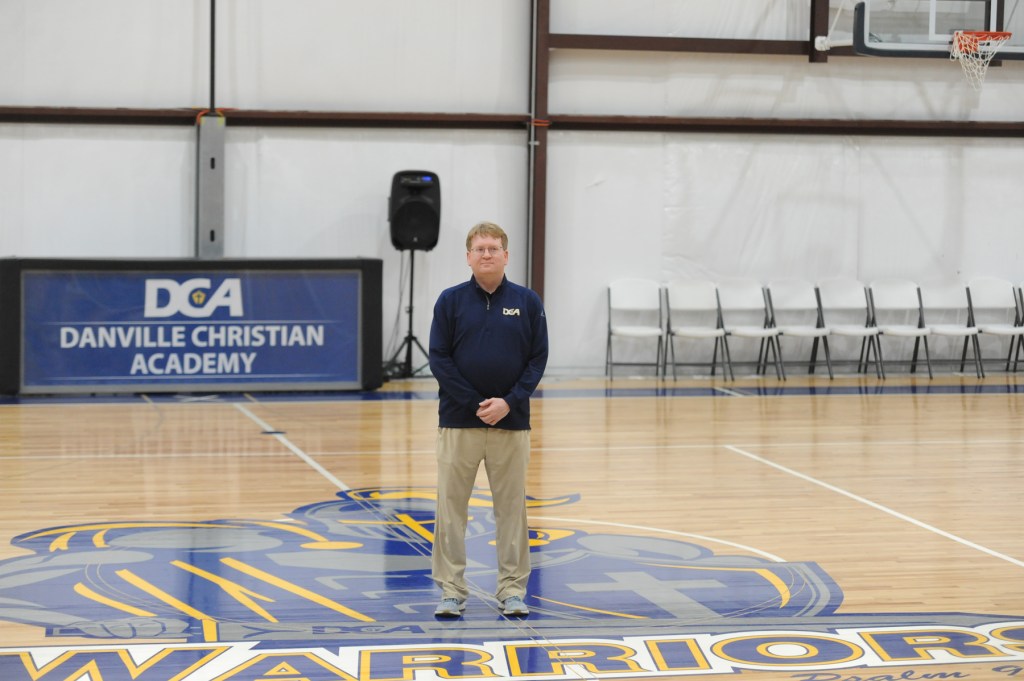 Danville Christian Academy athletic director Jamie Middleton has ushered in a new era for Warriors athletics. This year, DCA opened up its new gym, the Warriors Sports Complex, and under his administration, the Warriors joined the Kentucky High School Athletics Association and participated in their first postseason in 2019.

Before taking over as DCA’s athletic director, Middleton was a coach of three sports — basketball, soccer and baseball — across all the high school levels and even reached a semi-professional women’s basketball league as the head coach of the Lexington Lightning.

“I’ve always loved sports,” he said. “A lot of times I feel like I’ve got it easy. It’s a lot of hours, but I remember breaking down film at 2 a.m., writing up scouting reports and practice plans everyday.”

Now, he’s traded those film sessions and scouting reports in for trying to coordinate the schedules for all of DCA’s teams, from elementary school to high school. 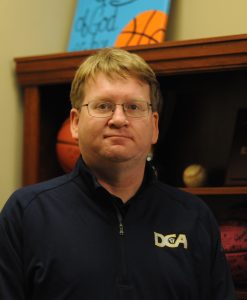 “We’ve got families with kids all through the age range. If we have a sixth-grade basketball home game — you might have a sibling on the high school team,” he said about the troubles of scheduling. “It’d be nice if they can play on the same night and not in two different cities. Sometimes you can’t help it, but that’s the challenge in making the schedules. Sometimes coaches only have to worry about their sport and they’re not worried about anything else.”

On game days, Middleton is either acting as the game-day administrator for home games, or just there to support his teams and help out the opponent’s AD if it’s an away game. But for most of his day, he’s sending emails and typing up the athletic news for the day’s announcements.

But he’s not just sitting in his office. As the athletic programs get their funding from the soda machines in the school, Middleton is also managing them.

“Sometimes we’re out and then I’ll have to run to the store and get some sodas,” he said. “Right now, our machines are broken so I’ve got to be there physically to open the machine, take the soda out and hand it to the kids.” 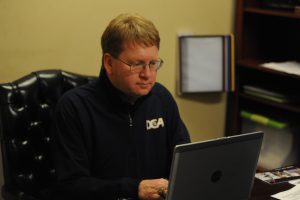 In the fall, the Warriors have already gotten a taste of what KHSAA postseasons are like. The cross country teams ran in the regional meets and the volleyball team came up just short in its first district match against Garrard County.

“It was a very competitive game. We’re hoping to build on that and see what happens next year from that,” Middleton said.

He also believes that the change has already had a positive impact on the student-athletes and the fan base.

“Our competition is getting stronger most of the time, anyway. We had some strong competition before joining KHSAA,” he said. “Basically we’re playing these prep-school-type teams and it’s like ‘Daggone, they’re really good.’ So it’s different, but it’s a good different. Our kids are excited, coaches are excited, fans are excited. I can’t wait to see what we’re going to do for basketball as far as crowd size.”