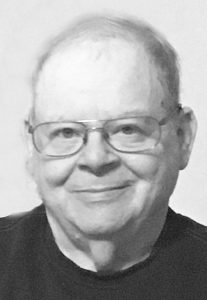 Jerry Bruce Feather of Parksville passed away on Wednesday, November 20, 2019 he was 71. Born on November 10, 1948 in Danville he was the first born of the late Arlan Bruce and Marie Shearer Feather.

He grew up in Parksville where he enjoyed playing with friends and family and attending Parksville School where he played basketball and baseball. He wrote poetry and song lyrics early in life. In the early 70’s he was appointed as magistrate to serve out the term of the late R.C. Feather.

He was a founding member of The Parksville Rescue Squad and the first assistant director of DES serving under Mike Wilder. He was a founding member of the Boyle County Quarterback Club and was a lifelong Rebel fan following football, boys’ and girls’ basketball and soccer. Avid Kentucky Fan. Jerry also served on the Boyle County Fire Dept. Engine Company 3 where he held the position of treasurer for several years before being elected to the Fire Board as a firefighter trustee. He served two terms on the board and was Vice Chairman for two years.

Jerry was a member of the KY Railway Museum for several years serving as a train conductor. Jerry was also a model railroader and was a member of several train clubs around the area and enjoyed building his own layout. Jerry was a little league Basketball Coach for several years where he touched many lives of players that played for the Soleasco Brown and the Columbia Blue Teams. Jerry worked at Feathers Grocery before joining the Parksville Water District staff as the State Certified water operator and held that position for 36 years until his retirement. He was a member of the Parksville Christian Church. In addition to his parents, he was preceded in death by a nephew, Ben Feather.