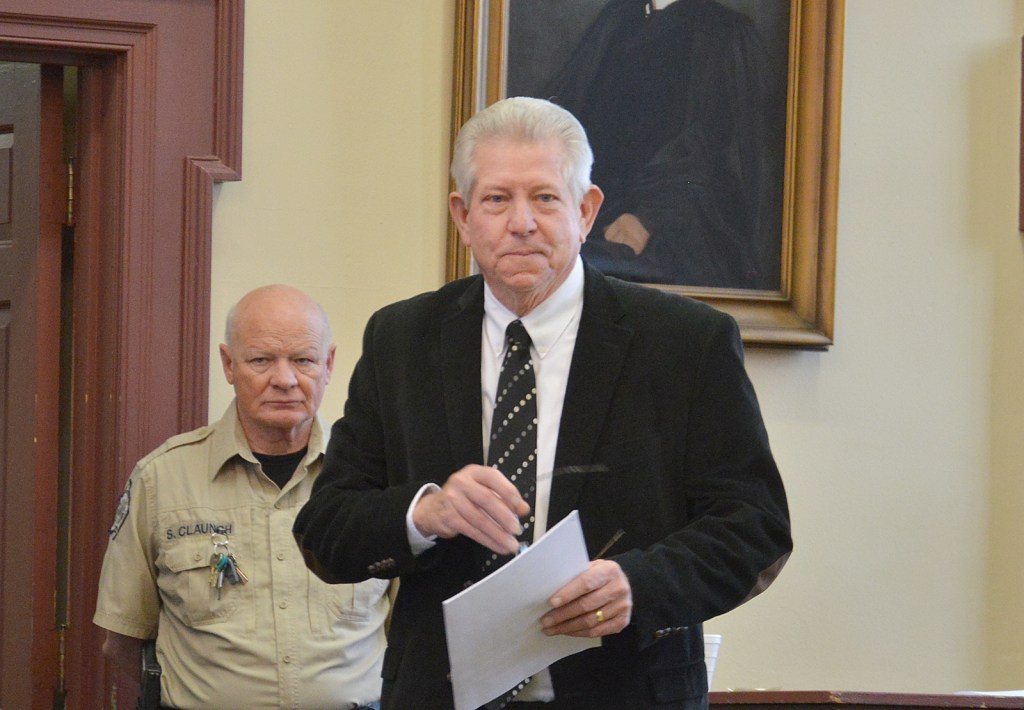 A former Danville High School football coach pleaded guilty Thursday to four counts of third-degree sodomy with a person younger than 16 from crimes that occurred in 1982 and 1983.

Thomas Duffy, 70, originally was scheduled to have a jury trial on Monday, Nov. 25. However, he appeared before Circuit Judge Darren Peckler Thursday morning to plead guilty to the charges.

Commonwealth’s Attorney Richard Bottoms recommended Duffy be sentenced to five years in prison on each count, to be served concurrently. But he didn’t object to probation, which will be determined at Duffy’s sentencing hearing on Jan. 7, 2020. Bottoms also asked that Duffy be a registered sex offender with restrictions from 1982.

Following the short court appearance, the victim, Jodi Adkins, who graduated from DHS in 1985, said she was glad that he admitted to what he had done.

While standing next to her husband, Adkins said, “It’s been a long journey. This is not something that just came up. Even as far as talking to officials, it’s been a long time.”

Adkins said it has taken her many years to be emotionally prepared to pursue filing charges against Duffy, and she was very grateful for Bottoms and his staff in helping her reach this spot. “Richie’s been wonderful.”

“I talked to Richie for months before I reported it  This has been a long journey for me, not with the court system. Once I reported it, the process has gone pretty quickly actually.”

Bottoms said, “The key in this is the fact that he (Duffy) made a true admission of guilt on all four counts as charged. That’s what made it acceptable for Jodie. I think that was important to her.”

When Duffy returns for his sentencing hearing, Bottoms said they have no objection to probation, but it will be the judge’s decision.

Bottoms added, “This is something our victim agreed to.”

Duffy had been the head DHS football coach for eight years, and served as athletic director for the school system. He also taught American History, personal typing, business math, introduction to business and typing I.

During his career at DHS, Duffy led the Admirals to state championships in 1984 and 1987. He had also been named All-Area Coach for several years and was named the Courier-Journal’s Coach of the Year.

Duffy resigned in 1988 and took the head coaching position at Fort Thomas Highlands.