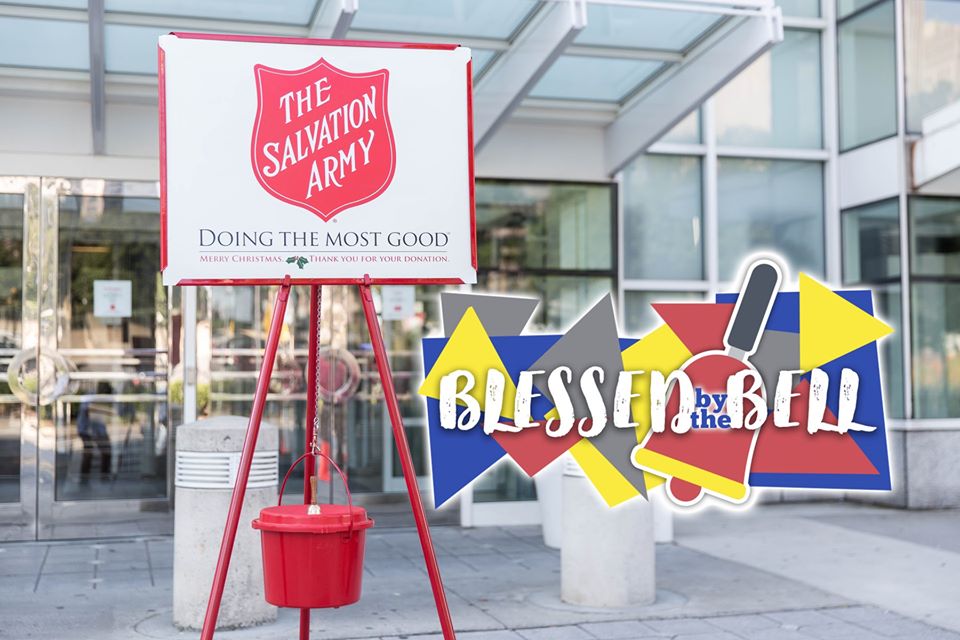 (Image from the Salvation Army in Danville's Facebook page.)

A preview story about the local Salvation Army’s annual Christmas kettle drive was featured on the front page of The Advocate-Messenger on this day in 1970.

This year, in 2019, the goal is $110,000, according to Salvation Army office manager and Kettle coordinator. The money will help support its many programs throughout the year. Kettles are at nine locations throughout Boyle, Mercer, Lincoln and Casey counties she said. The first “official” day of bell ringing was yesterday, (Dec. 2). However, a few bell ringers got an earlier start in front of Hobby Lobby on Nov. 23, 29 and 30.

In 2019, the Salvation Army, along with those who take a name off of the Angel Trees will be providing gifts to about 300 children, Long said. And about 150 families will receive special food baskets for Christmas.

Thirty nine years ago, the iconic red kettles were to be placed in front of the Hub-Frankel department store on Main Street in Danville, at Greenleaf Shopping Center, Danville Manor Shopping Plaza and another one in Stanford, according to the article.

In 1970, members of the local Salvation Army were going to begin ringing the familiar bells on Dec. 4 in front of the Hub and would continue there from 10 a.m. to 9 p.m. through Dec. 17, at which time members of local civic clubs were to assume the responsibility of bell ringers.

Unlike today when members of all sorts of clubs, churches and businesses ring bells at various locations, 39 years ago, the civic clubs annually competed in a contest to see which club could take in the most money for the kettle. Each year the winning club received a traveling trophy and any club which won the competition three years in a row got to keep the trophy. In 1980, the Rotary Club had already won the contest for two years in a row. At that time Dr. Austin Roberts, president of the Rotary said that his club had “all intentions of keeping the trophy,” that year.

Salvation Army Captain Glenn Fite said that in 1979, the kettle drive took in $1,500 and the total of combined donations throughout the Christmas season was $3,600.

Most of the money raised during Christmas of 1980 was to go toward food for families “who otherwise might not be able to have fresh fruits and good food on Christmas Day,” Fite said.

In the previous year, more than 1,000 new toys were donated to the Salvation Army from a toy manufacturer to be given to children, Fite said. But wouldn’t be donating in 1980 “due to a change in tax laws,” he said.

“We try to have one new and one used toy for each child for whom application is approved.”