Front-Page History: Danville-Boyle was joining the war effort 78 years ago 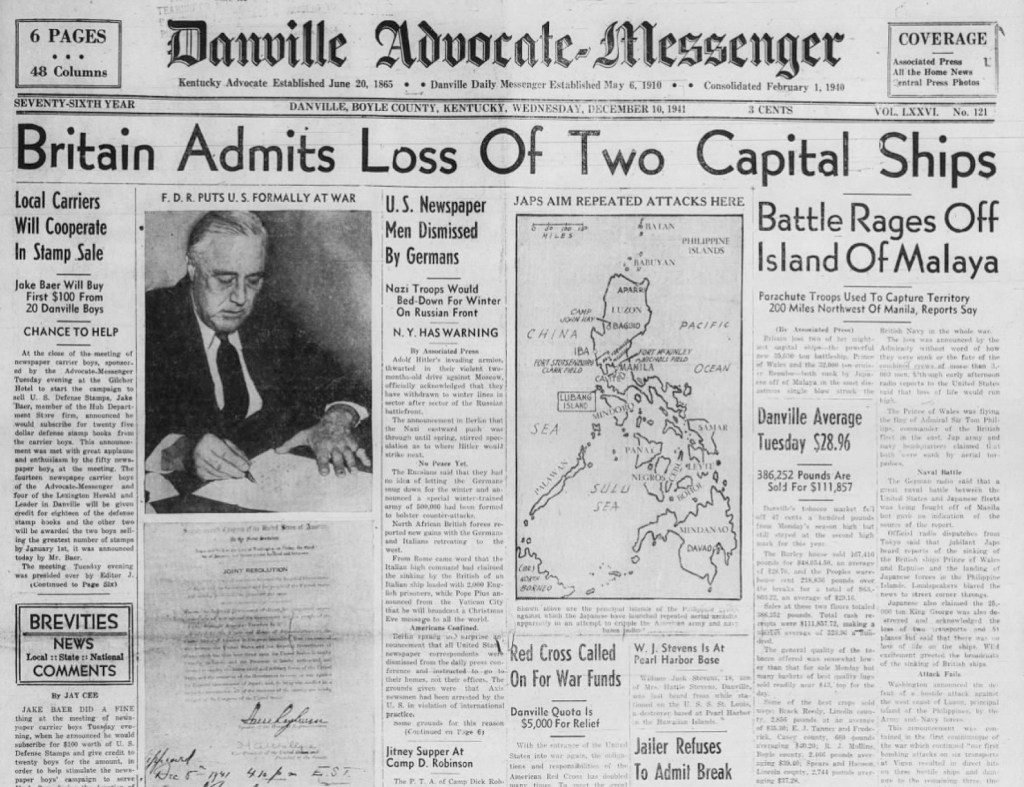 War was the news of the day 78 years ago on the front page of the Danville Advocate-Messenger.

Three days after the infamous Japanese attack on Pearl Harbor, which sparked the United States’ entry into World War II, President Franklin Roosevelt’s picture was above the fold on A1, signing a formal declaration of war against Japan.

News of war in the Pacific led — Britain had just lost two “of her mightiest capital ships” to Japanese forces; U.S. reporters were being dismissed from German news conferences and told to go home.

But the war was local, too: