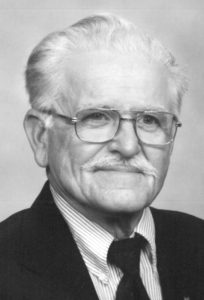 Glenn Cecil Caddell, 95, died December 29, 2019 in Junction City. Born June 27, 1924 in Danville to the late Water Lucian and Lillian McKenzie Caddell. Glenn served in the U.S. Navy and was a retired railroad switcher for Southern Railway. He was a true-blue railroader. Glenn loved to hunt, fish and Cincinnati Reds baseball. He was predeceased by his wife, Iona Margaret Cox Caddell.

A funeral service will be 1 pm, Friday, January 3, 2020 at Stith Funeral Home in Junction City. Rev. Curtis Brock will officiate the service. Pallbearers will be Matthew, Glenn, Trenton, Drew, Patrick and Dylan. Burial will be in Bellevue Cemetery. Visitation will be prior to the service from 11am – 1 pm. The online guestbook is available at www.stithcares.com