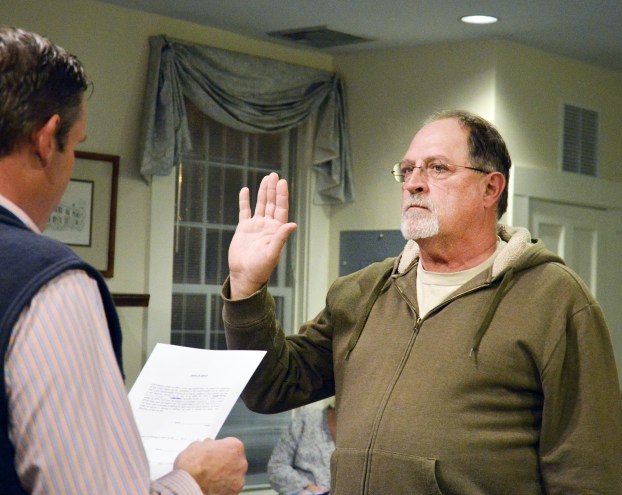 Former Perryville Council member Steve Bailey is sworn into office by Mayor Brian Caldwell during the council's regular meeting Thursday night. Bailey was appointed to fulfull the second half of Susan Smith Parks' term, who resigned in December. (Photo by Robin Hart)

Perryville City Council appointed former member Steve Bailey Thursday night to fulfill the term of Susan Parks Smith, who resigned after one year at the end of December.

Bailey was elected to the council in 2016 and was on the ballot for re-election in 2018. But he withdrew due to having triple bypass surgery, he said. Even though his name was on the ballot after withdrawing, “I still got 97 votes,” Bailey said after the council appointed him during its regular meeting.

Before the council went into executive session to discuss the appointment, Bailey told the council, “I had all intentions of serving another term. I had a little heart issue.”

“I realized there was a vacancy on the council and I would just like to tell you guys that I’m interested in that spot and would appreciate your consideration for it. In the past, I loved to serve Perryville and I’d like to continue doing so in that capacity.”

Following an approximately 15-minute closed session, Mayor Brian Caldwell said, “I think I can speak for everyone. We’re glad to have people come forward that wanted to be appointed. Definitely, probably three people who were capable of doing a good job on the council. We appreciate them showing an interest in being on the council.”

The council quickly voted unanimously to appoint Bailey and he was sworn into office by Caldwell. 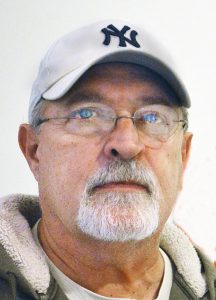 Steve Bailey was appointed to the Perryville City Council Thursday night to fill the vacancy left by council member Susan Parks Smith when she resigned in December. (Photo by Robin Hart)

After the meeting, Bailey said, “I just like to do some things for Perryville. I got some ideas about Perryville.”

For example, he’d like to work on raising the level of the Chaplin River and adding vendors to the area, he said. “Like they did at Owensboro with what they did with the Ohio River.”

The 2020 Boyle County Chamber of Commerce awards banquet will be “taking off to the future” at its 101st annual... read more