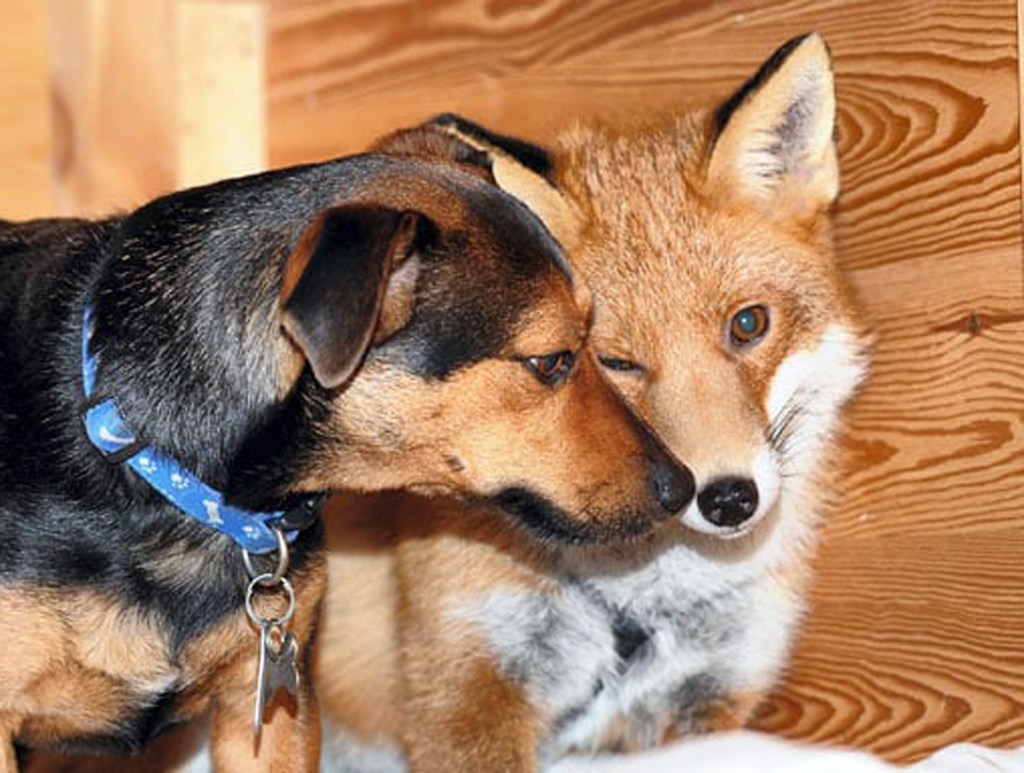 Indications of the renewal of the fox chase, a sport for years abandoned, which was the favorite of the frontier Kentuckian, was reported in a July 1888 issue of The Kentucky Advocate.

“It was one of the pleasures of English country life for three centuries, and very naturally was adopted by our forefathers in the wilds of the new world,” the issue reads.

Fox hunts were popular at Crab Orchard Springs in Lincoln County, where the National association of Fox Hunters met numerous times, and at Dripping Springs in Garrard County.

According to the article, local farmer and stock dealer Simeon Drake ‘Sim’ Slaughter “has inherited a love for the chase, and though it had dropped out of fashion, he yet keeps a kennel of fine hunters, and the blast of his merry horn and the cry of his eager, spirited pack can be almost nightly heard in the new Providence neighborhood.

“Every nook, cranny, dell and cavern on Hanging Fork and Dick’s River hills are as familiar as his yard gate, and he is a wary reynard indeed who is not sometimes put to chase by Sim and his hounds.”

He invited some young people of the town to join him in a run. Misses Garnett McKay, Florence Slaughter, Bertie Rogers, Mary Dunlap, along with Winston Wiseman, Clarence Vaughan, Sam Harlan, Addie King and Augustus Rogers formed the group.

“All were mounted on spirited hunters and made a joyous company with Slaughter and his wife as chaperons for the group as they galloped over most of the territory from Engleman’s Mill to Providence Church.”

A fox was startled, for one young lady saw the bushes shake, another heard the fox pant, and another saw three tracks in the sand.

At midnight, a feast was spread.

“We should be glad to have this custom restored to its former place among our outdoor exercises, and innocence of the pleasure ought to place it among our most popular sports. Mayhap there may be among us those whose ideas of propriety are outraged and who would make an innocent enjoyment the test for moral homily,” the article reads.

J.W. VanArsdall, the prominent Danville Pike farmer, who was a devotee of the fox chase, had been giving foxes about all they wanted lately, according to an article in July 1918.

“He had two or three fine runs, and ended the week, took his dogs and had a three-hour chase, which was one of the most enjoyable in many months. VanArsdall is 89 years old and has a splendid saddle horse he mounts with the agility of an 18-year-old boy.”

He said he had been a lover all his life of fox hunting and had discovered that one of the characteristics of the fox is that when he was not given a run very often he would venture near the house and tantalize the dogs until he was given a chase.

He also said for several years there had been a scarcity of foxes, but that season they seemed to be increasing in number.

A genuine fox hunt was shown in the First National picture, “In Old Kentucky”, featuring Anita Stewart, and was shown at Stout’s Theatre in April 1920.

“The movie shows hunters, both men and women, come out in answer to the horn, clad in gay garments, mounted on horses accustomed to cross country runs.

“A great pack of dogs are let loose and quickly pick up the scent of the fox. Then the chase is on, the dogs racing madly across the hill and dale, through the hedge and fence without difficulty, many of the leaps being several feet high, the women as well as the men negotiating the high and broad jumps with ease.

“This is one of the interesting features in the picture, which is the story of a mountain girl who falls in love with a wealthy young clubman of the city, who is hunting near her home; and of the thrilling adventures through which she passes from the time she is an untutored child of the hills until she wins recognition as a belle of the city.”

Greenberry Lanham, who settled Lanhamtown in Casey County, also was an avid fox hunter, and was written about in a June 1972 Advocate article.

“He and his seven sons would assemble and set out for a certain knob or ridge, where it was thought that the old red fox, or at least the little grey, would be waiting to race. Until midnight or later, the chase would carry on, with bounding fox and eager hounds in mad pursuit, matching speed, endurance and keen sense of smell against all cunning wiles and swiftness of the pursued.

“Over the hills and hollows, crossing water courses and through briar patches and weed field, and doubling back along his own tracts, the fox played the game where stakes were high, using every trick in the book to shake the pursuers off his trail.”

Col. Jack Chinn of Mercer County was noted for his fine fox hounds and joined hunts in neighboring counties.

“He weighs over two-hundred pounds but rides with as much ease as in his younger days and enjoys the sport ever more.”

Chinn and Mose Wall of Adairville arranged a running match between their two packs of hounds in June 1897 in Bullitt County.

“Each picked five dogs to go into the woods, and the owner who first cries enough or whose dogs first quit was to be the loser.”

Three men, including Col. J.P. Chinn of Mercer County, had an exciting experience in a fox chase in May 1902.

“For the past several months of their hunts they had been chasing Bre’r Fox up to a certain rail fence and there all further trace was lost.

“Fully 25 feet from this fence stood a hay stack. Investigation showed the reynard had neither gone under, over, nor around the stack and here every time the chase terminated and left all concerned very much nonplussed.”

That night a man was stationed at the point with special instructions to see if it had been left to the tribe of fox alone to solve the problem of going ‘straight up’.

“In a couple of hours, reynard wound up the chase there as usual. He ran along the fence, and before the astonished eyes of the man made the great leap of 25 feet from the end of the projecting rail to the top of the stack.

“After recovering from the daze of witnessing this great feat the man mounted the top of the stack and never did a streak of lightning generate more speed than did Bre’r Fox as he jumped from his perch to discovery and went down through the meadow.”

A fox chase in Kentucky by moonlight late in the fall of October 1907 was hosted by Jack Chinn.

“If you don’t believe that it is a sport befitting royal patronage and have never had the privilege or the opportunity of indulging in it, go and make the acquaintance of and get an invitation from Jack Chinn, who was, and probably is today, the owner of one of the finest and best-bred packs of hounds in the state. He is noted far and wide for his love of and indulgence in this exhilarating pastime, with just enough of risk and danger in it to lend it fascination and excitement.”

R.D. Bruce reported Slaughter, a veteran fox hunter of Danville, had a hound that had a litter of pups during a chase in the late 1880s.

Slaughter’s foxhound, Lucy, while heavy with whelp, started on the chase. “Lucy had not been out long when she returned carrying a pup. She placed it on hay and went back to join the pack. The hound repeated this until seven puppies had been placed on the hay. The pups turned out to be about the fastest lot in the county.”

This year, try making new year’s resolutions as a…