Alyssa Wray finds her voice on the stage 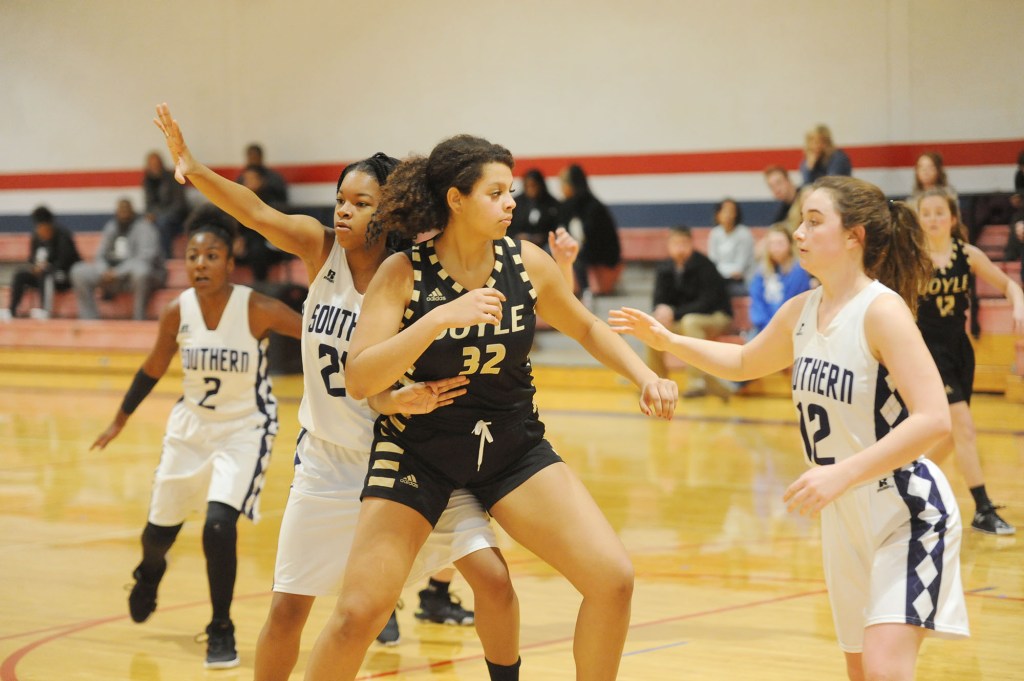 Alyssa Wray has come into her own on the court this year but her first love is musical theater. (Photo Derek Brightwell)

When you see Boyle County senior Alyssa Wray on the basketball court, there’s no question that she belongs there. Standing at around six feet tall, Wray has been told she should play basketball from a young age.

And despite being successful in the low post for the Rebels, Wray’s passion is the stage. And after her first year in high school, Wray stepped away from the game to pursue that passion. But a love of the game brought her back in her junior year.

“I decided to play again last year because I really do love this sport,” she said. “Not just the shooting and all that, but the girls really are like my family. Just getting to play with them for two more years before graduating has been really special.”

“I’ve always loved performing. I’m a big socialite and I like to talk to people,” she said. “Being on the stage, performing for people and making them happy — that’s just what I love to do. Singing is more than just opening my mouth for me. It’s a way to calm me down and keep going. When we lose games, it helps me know that there’s a better day.”

Wray said her favorite role is one that she just played — Elsa in Frozen. But her dream role is Elphaba from Wicked — despite being “kind of cliche but it’s kind of my top goal.”

Wray has been singing “since I came out of the womb.”

“I sang at church when I was little and I did plays and then one day I realized I could do musical theater and sing and act together,” she said.

She says that her favorite songs to sing are the “belty songs” and her favorite artist is Beyonce. She also loves Whitney Houston. Predictably, she loves to sing in the shower, even if it annoys her family.

But basketball and singing aren’t the only things that you can find Wray doing around Boyle County — she’s also one of the leaders in the school’s pep club, which she’s been involved with since her freshman year.

If you’ve ever been to a Boyle County football game on Friday night, you know that the student section is one of the biggest parts of the much acclaimed atmosphere.

“We really bring the heat,” she said with a proud smile. “We bring a speaker and it’s all about being loud and encouraging other people to cheer.”

While some of the members of the student section focus on harassing the other team’s players — and a few have a goal of being ejected from a game — Wray is mostly there to cheer on her fellow classmates, but can still bring the trash talk when it’s needed.

“I’m not going to lie. When Danville, Garrard and Lincoln come around, I might shout a couple of things and try to intimidate them,” she said laughing.

If the basketball team is her family and musical theater is her passion — then pep club is her community.

“This is really cheesy, but getting to spend time with the other students,” she said. “I’m a big people person and I know that in three months, I’m not going to get to see them anymore. Just getting to hang out with people that I don’t always get to hang out with outside of school and we’re just screaming and dancing to crazy music. Just having a ball. I’m glad I’m a leader this year because it’s my senior year so I get to go out with a bang.”

With only a few months left in her high school career, Wray feels like she’s really found herself and wants to help the younger students be more confident in themselves.

“To incoming freshman — just don’t worry about what other people are going to think about you,” she said. “I wasted a lot of time my freshman and sophomore year just trying to please other people. Then I realized it’s not about other people. It’s about my heart and what I have to bring to the sport or the stage.”

For now, though, you may see her singing the national anthem before a big game.

“I messed it up one time so now I get nervous and have to have the lyrics with me,” she said. “But I do like singing the national anthem. My school knows that I sing it a lot and it’s a big deal to me.”