Looking Back; The Slaughter family 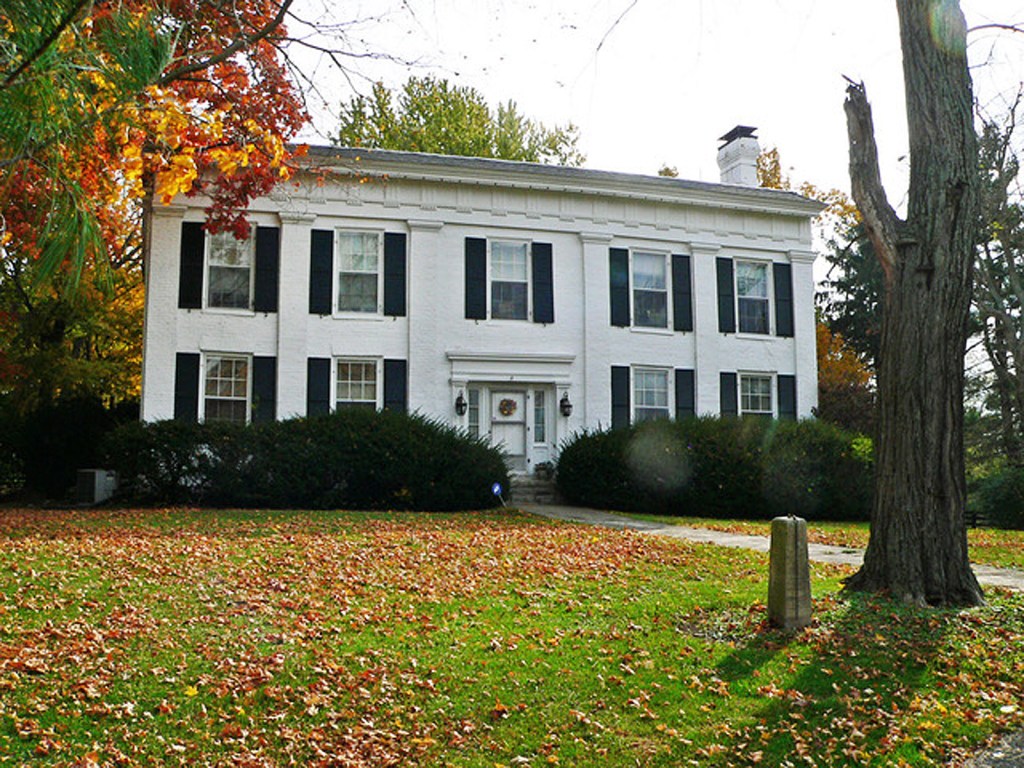 Photo by Carolyn Crabtree Granite Hill is known as the Bryant-Slaughter House and the Fisher House and is located off Ky. 52 between Danville and Lancaster. When it was built in about 1810, it faced old Wilderness Road. An addition was added to the house in 1850.

Editor’s note: Information for this article was taken from The Advocate-Messenger archives and research by local genealogist Carolyn Crabtree.

Simeon “Sim” Drake Slaughter was a prominent farmer in Boyle County in the late 1800s before he moved to Muskogee in Indian Territory, which later became Oklahoma. He also was an avid fox hunter and helped organize a group of fox hunters in Boyle and surrounding counties.

Like many other young men in Kentucky, Simeon joined the Confederate Army in 1862 as a member of Captain Tom Quirk’s scouts, under General John Hunt Morgan, a company of men, 90% of whom were of the old squadron disbanded in the Lebanon, Tennessee, battle in May of 1862.

Simeon also was with the guards of President Jefferson Davis in their march southward from Richmond, Virginia, in 1865.

Corporal Slaughter “was said to be one of the safest and best scouts of the company, and it was while on the Ohio raid, and the company almost entirely used up, that by his alertness, the life of Major Thomas Thorp was saved and on other occasions his bravery and coolness helped to avert death.”

Simeon’s brother, Dr. Benjamin Gabriel, also served in the Confederate Army. He was attending Transylvania University when he enlisted in Morgan’s Cavalry. He was captured twice and escaped twice after he was condemned to be shot. He was wounded during the escape. He recovered and moved to Winchester, Tennessee, in 1868, and died April 10, 1915, in Abilene, Texas.

Simeon returned home and became a farmer. He returned to Granite Hill Farm, where he had lived since he was a young child. 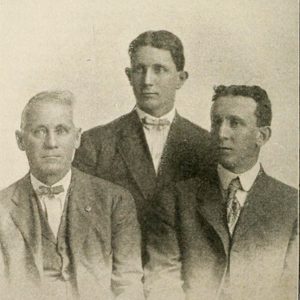 Susannah was a daughter of Stephen Albert Fisher Sr. of Danville and Ann Mary Magdalene “Molly” Gaar (1778-1829) of Culpepper County, Virginia. She is buried in the Slaughter family burial grounds on U.S. 68 in Mercer County.

They had one child, Augustus Benjamin Slaughter.

— Lucinda Smith (no other information).

— Simeon was born in Harrodsburg June 23, 1842, in Mercer County. He and Olivia “Ollie” Stout were married on November 27, 1873, in Woodford County where she was born in 1850. Both are buried in Muskogee, Oklahoma.

— Olive (1866-1969) was born in Danville, and died in Birmingham, Alabama. She married Richard Jeffries Yeager (1878-1961) of Danville. He died in Oklahoma City, Oklahoma. Both are buried inOklahoma.

— Simeon Drake Jr. (1886-1984) was born in Danville and died in Muskogee. He served during World War I.His wife was Bertha Clare Connolly. He is buried in Muskogee.

They had four children:

— Gabriel S. Gaines (1853-1938). He was married to Clara T. He died in Philadelphia, Pennsylvania. Gabriel and Clara had five children:

— William, James and Benjamin Gaines Jr., no other information.

— Benjamin Gabriel Gaines (1845-1915) who married Lucy Osborne (1847-1921). He served in the Civil War. He is buried in Montgomery County, Tennessee. They had three children: Fannie Osborne, Margaret Osborne, and Dana.

Simeon and his family lived on a 291-acre farm off Ky. 52. Known as Granite Hill, the farm is located two miles from Danville on the country road that connects Lexington and Lancaster pikes.

The farm was sold when Simeon moved to Oklahoma in the early 1900s. Humphrey Hudson paid $18,000 cash for the farm.

The Slaughter family settled in their new home in the west in 1901.

Their son, Simeon Jr., opened the Kentucky Livery Stable in Muskogee shortly after moving there. The stable, with horses, buggies, saddles and other equipment was destroyed by fire in March 1904. Simeon Jr. also had a business known as the Kentucky Feed and Barn.

Don’t shy away from talking with your kid about…