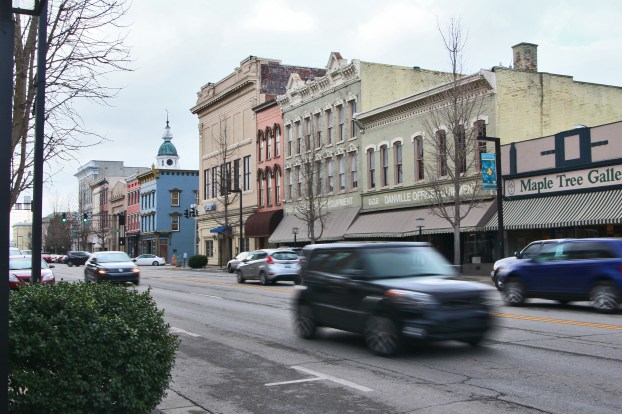 Heart of Danville may seek incentives for downtown development

The Heart of Danville Main Street Program is researching more ways to support downtown growth and vitality, but acknowledges it will need support from city and county governments to create incentive packages for property and business owners to make their goals a reality.

She said the goals for the Main Street program are to preserve buildings, support existing businesses’ growth, encourage more businesses to open downtown, have more people living downtown and help develop a hotel for people to stay downtown.

“So if we’re going to try and get them to really support downtown and support our mission, we need our partners (city and county governments) to help support us by creating these grant opportunities,” Thompson said.

Thompson said the economic vitality committee members have started compiling a binder that’s full of incentive packages other communities around the nation have utilized. A short list of possible incentive packages that Thompson explained to the board were just ideas, she said. “We basically wanted to get your feedback. Is this a good thing to push forward?” she asked.

The Heart would also need to contact the merchants and get their opinions of what they need and what opportunities would help them, Thompson said. The next step would be to go to Danville City Commission while commissioners are preparing their next budget and “tell them these are the things that would really help us create a really vibrant downtown.”

A few incentive package ideas that Thompson explained were:

“Fire safety is of particular concern in the Danville Historic District,” according to a list of the possible incentives. “The high costs of installing sprinklers are a deterrent to improving personal safety and protecting the historic buildings in downtown Danville.”

“Paducah has a downtown new business grant program that’s wildly successful,” Thompson said. “They’re all over the country, but for whatever reason, Danville doesn’t have this kind of thing.”

Board member Ann Yager McCrosky, who also is a business owner said, “It’s frustrating to try and keep moving. We’re trying to move forward, but it doesn’t feel like there’s a whole lot of incentive for that.”

Board member and Boyle County Magistrate Jamey Gay said, “This is something that we definitely need to move forward on and work with the city and county. I think we need to have better, more, new incentive packages that encourage investment in our downtown.”

He suggested the incentive packages should also be offered to every business throughout the county, not just in downtown Danville.

Thompson said, “Danville was the very first winner in the state of Kentucky that won the Great American Main Street Award. That was decades ago. There have only been three — including Danville — winners in Kentucky, and no one in the nation has won it twice. And what I would really like to see Danville do, is win it again.”

Wynn for the Rebels Kyle Wynn has had a lot to keep him busy in his sixth year as Boyle... read more