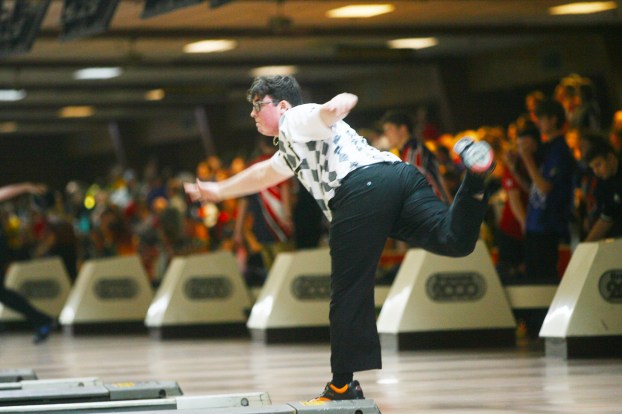 LOUISVILLE — On Friday afternoon, the Boyle County boys bowling team will make a run at the state championship, but the Rebels already earned big finishes in the individual tournament on Thursday.

Parker Price finished in third place in the state among boys and Emily Readnour finished eighth among girls.

“I was definitely focused,” Readnour said about her performance.

After the three qualifying games, Readnour was the seventh seed, finishing with a total score of 630 — including a 221 in the final game to get her into the semifinals. Price was comfortably in, finishing as the top seed with a 728 combined.

Price slipped to second in the final four stepladder tournament after Bourbon County’s Wesley Yazell finished one pin shy of a perfect game in the semifinals.

In the stepladder, Price ran into a buzzsaw in McCracken County’s Elliot Wilson — who threw strikes in the final six frames in his match against Trey Simmons of DeSales and started the match with Price with six straight strikes. Combined with a bad break in the second frame, Price couldn’t fight back to advance to the final game.

“It wasn’t a great shot but it wasn’t terrible and he caught a bad break with the split,”  Boyle bowling coach Zach Cooley said. “So he’s open in the second the frame and that put a lot of pressure on him at that point in time because the kid had the front six against him.

“At that point, Parker needed them all and he went on a string there a little bit and got a three bagger and brought him back in it a little bit. That kid had just won a pretty intense match against the kid from DeSales so he’s riding that high and put a lot of pressure on Parker to start.”

Readnour couldn’t make up the gap to get into the stepladder tournament of the finals and placed eighth overall. 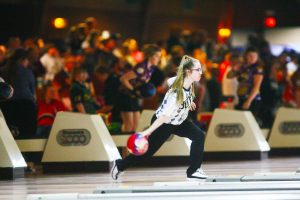 “It’s definitely emotional. It’s my last year, but I was very excited,” she said about her final tournament at Boyle County. “I had some very good shots today so I’m pretty happy.”

Boyle County had all three of the boys finish in the top half of the state — Bennett Coffey finished ninth, missing the semifinals by only two pins and Montana Jarman finished 13th — to complete a successful individual day for the state championships. But the boys team isn’t done yet, as they enter play as the Region 8 champions.

“As bad as we wanted to win, but when you stop and think about what we accomplished here today, it’s impressive,” Cooley said. “And I don’t think we’re finished yet, I’m looking forward to tomorrow.”

The boys team tournament will follow the girls which starts at 8:00 a.m. at Louisville’s Strike and Spare Lanes. The tentative start time for the boys is 1:50 p.m.

On Wednesday’s National Signing Day, Boyle County track and field star made it official as he signed his letter of... read more