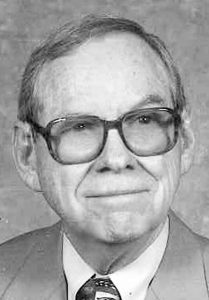 After serving as a surgeon during WWII and Korean War, he and his family moved to Danville in 1952 where he retired from private practice in 1983.

He was married for 29 years to Gladys Jane Jackson before she died in 1975. They had three children, Frances, Thomas and Charles Hardaway.

In addition to his wife and children, he is survived by grandchildren, Fallan and Gwinevere Dillman, and Ashkon W. Hardaway.

Private arrangements have been made by his family and burial will be in the family cemetery at Big Spring. Remembrances would be appreciated to a favorite charity.