Boost from Bourbon Trail could be ‘huge’ for Boyle 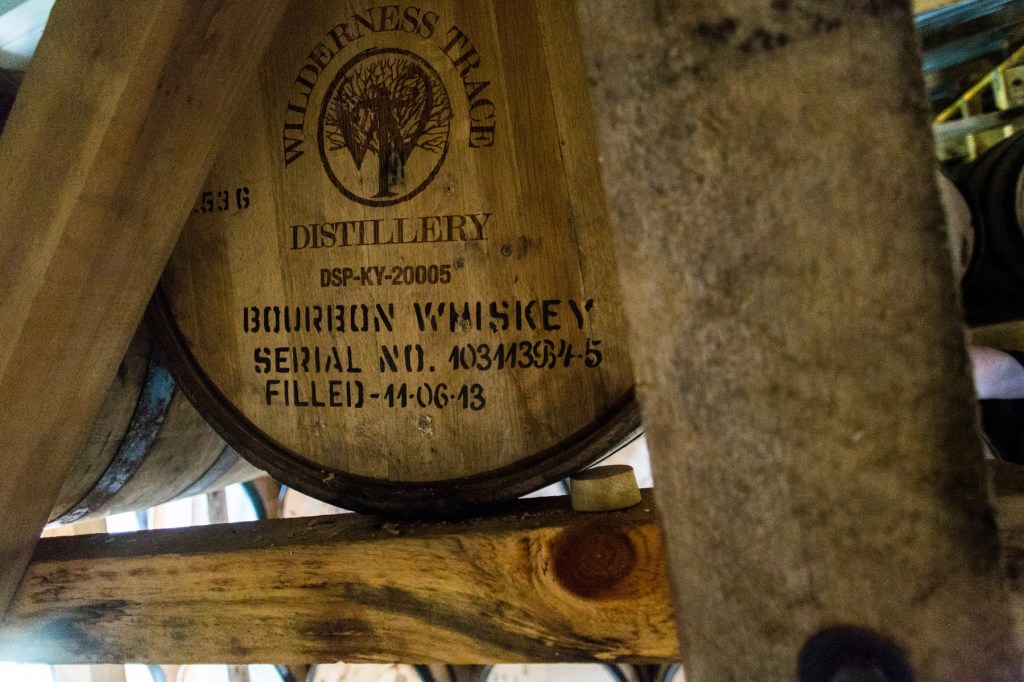 Barrels of bourbon whiskey age in a rickhouse at Wilderness Trail Distillery in 2017.

By BEN KLEPPINGER and ROBIN HART

No one knows yet exactly what kind of tourism impact Boyle County will see from the addition of Wilderness Trail Distillery to the Kentucky Bourbon Trail. But leaders are hopeful it will be enormously positive, and they’re making plans to help ensure Boyle County takes full advantage, tourism director Jennifer Kirchner said Tuesday.

Wilderness Trail had already been on the Craft Bourbon Trail, a collection of smaller distilleries that attracts an estimated 250,000 visitors to the trail’s locations each year, Kirchner said. Wilderness Trail is the first distillery to ever be upgraded to the full Bourbon Trail, and now sits on a path that attracts more than 1.4 million visitors — a more than five-fold increase.

“That’s a huge increase in potential visitors. Where that lands, I’m not sure,” Kirchner told Boyle County magistrates during an update on Convention and Visitors Bureau activity. “So we’re just going to prepare as best we can.”

Hospitality campaigns are being planned, and local hospitality industry leaders may be offered a “bourbon boot camp” to make sure they’re well-prepared, she said. The CVB is also working with WIlderness Trail and local businesses to get barrels and barrel heads in downtown Danville businesses.

Kirchner said the goal is “really just to have bourbon be the story everywhere you go.”

“We’re also looking at if you’re a Boyle County resident you could go and take a tour for free in the month of May, that the CVB would sponsor,” Kirchner said of a plan that is not nailed down just yet. “So there’s a lot of different things to get the community involved, but then we’re also doing a lot of outward facing things.”

The CVB is looking into potentially increasing its outward marketing budget for bourbon. It may choose to pursue targeted marketing in some of the other 20 states where Wilderness Trail products are sold and perhaps near the trailhead for the Bourbon Trail, at the Frazier History Museum in Louisville, Kirchner said.

“We’re thinking about some out-of-home advertising near there for Danville, such as at a bus stop or a billboard or a truck wrap — something that catches them there,” she said. “Because we know they’re going to stop there. That is the top stop.”

The CVB is also helping to finish plans for a “Lebanon Road Corridor” walking and biking trail, which would have a trailhead in downtown Danville. The trail would connect downtown Danville first to the distillery and restaurant at AmBraBev on Techwood Drive, then all the way out Lebanon Road to Wilderness Trail Distillery.

About 65% of the trail is complete and a “big section” of that route will be opening this spring, thanks to funding and support from Kentucky Utilities and many local industries, Kirchner said.

The last portion to complete will be from downtown to the mountain bike trail area near AmBraBev, she said.

Completion of that trail could lead to other initiatives to further develop the Danville experience for tourists, including bike rentals, she said. It’s all being done in hopes the arrival of the Bourbon Trail in Boyle County can be a major coup for the area’s tourism and economy.

“There’s long-term plans, short-terms plans and ‘we-don’t-know-we’ll-take-all-of-your-idea’ plans,” she said. “Because this is new to us just like it’s new to everybody else.”

In an earlier interview, Kirchner said, “For downtown to realize the full impact of the increase in tourists, we will need to address things such as more retail and dining, as well as improved walkability. But many of these things are in progress and I am optimistic that this will be a realized opportunity for growth.”

In addition to a possible “bourbon boot camp” Kirchner said the CVB will be working with the Chamber of Commerce and Heart of Danville, “via their member networks to reach out to businesses with information and upcoming opportunities.”

For example, they’re discussing hosting free community educational events about bourbon and its history; and having specialized gift baskets and barrel heads to sell in local retail shops.

Kirchner said Danville’s central geographic location along the Bourbon Trail makes it perfect place for those spending two days on the trail to stop overnight. It could mean a tremendous increase in visitors. She said CVB hopes to have a small display at the distillery that will guide tourists to other attractions in the county.

“It’s a big time for our community. This is business and commercial development, marketing, hospitality, tax dollars — everything,” Kirchner said. “We welcome any ideas the community has to seize this opportunity. We are all part of the story and we need to creatively think about how businesses, events and residents intersect with the Kentucky Bourbon Trail.”

During the CVB regular board meeting last month, board member Alex McCrosky said, “We all know they (Wilderness Trail Distillery) just went nuclear. It’s fantastic that Wilderness is on the Bourbon Trail.”

He added, however, that many downtown merchants “do not get it. They do not know what’s about to happen. … I don’t think everybody understands what a big deal it is.”

He said Buffalo Trace in Frankfort isn’t even on the Bourbon Trail, but it still reports about 700,000 visitors annually.

He also suggested that the CVB start looking at “some kind of public transportation.”

Kirchner said, “We are discussing other transportation issues. There is little to no public transit, limited Lyft or Uber drivers, and our ability to move groups are limited. To connect assets, we need to explore ideas to bridge these gaps.”

McCrosky said predicted tourism from the Bourbon Trail will be “huge” for Boyle.

“The growth is exponential over the next five years,” he said. “This year, we’re going to see something super positive. But three years from now, it’s going to be a huge deal.”

“Our downtown is what brings people back to Danville,” McCrosky said. “I love the bypass. It generates a lot of tax dollars, but nobody comes here to hang out on the bypass. If we can get them downtown, they’ll come back.”