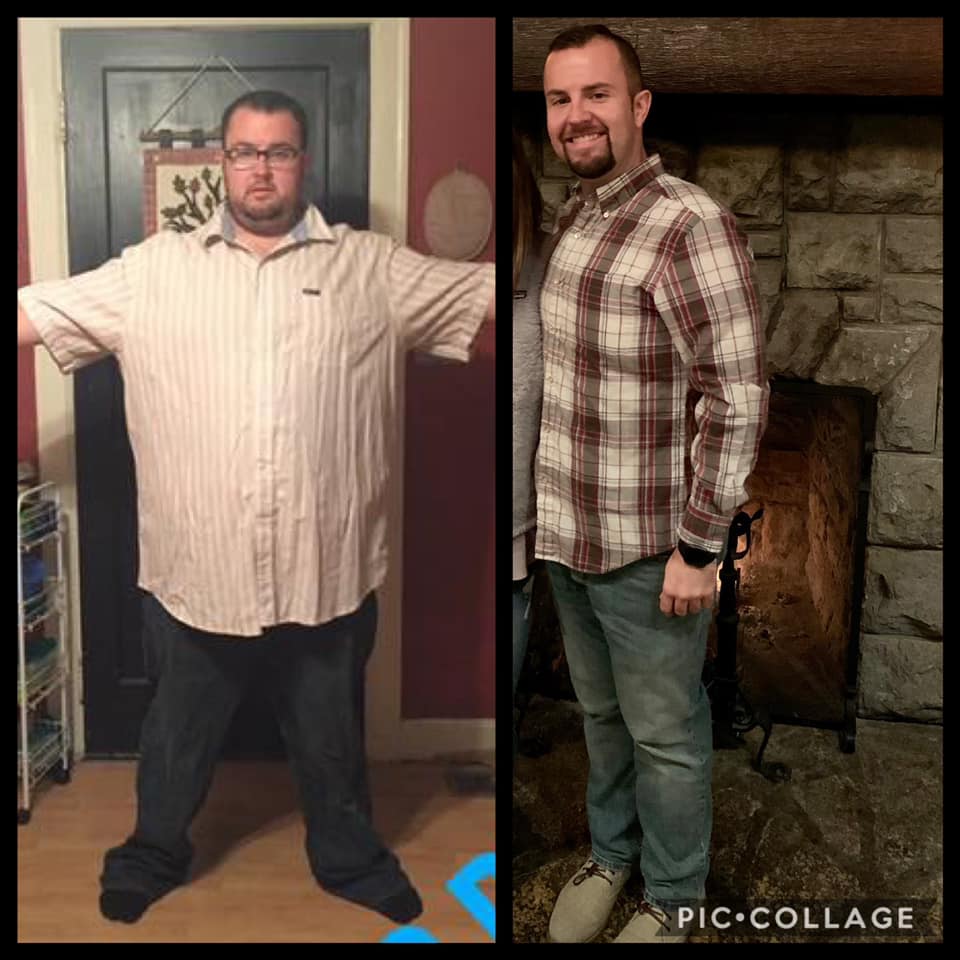 Kyle Huffman shows a before and after photo of himself before he went on his weight-loss journey.

In February of 2018, Danville man Kyle Huffman decided to make some changes in his life. Those changes have now led him to competing in a military-style extreme obstacle competition in Sparta, Greece, this fall.

The road to Greece started when Huffman recruited his best friend, Matthew Bowman, to help him get in better shape. Huffan said after reaching a weight of 366 pounds, “I felt like this was my last chance.”

He said Bowman was a very healthy, active, “muscular guy, and I was the unhealthy fat guy,” but he knew they “needed each other, at the right time in our life.”

Later in 2018, Bowman began facing his own health problems, after being diagnosed with cancer. “Quickly, I had to become a support for him,” Huffman said.

In June of last year, Bowman asked Huffman “about pursuing a huge goal with him,” by competing in a Spartan Race — an extreme obstacle competition with military-style obstacles.

Huffman was game. He said he needed to push himself outside of his comfort zone and try something new, so he surged forward with aggressive workout plans.

The two friends competed in a race in July, then went on to achieve the “trifecta option,” completing three races in one calendar year, with each race getting harder and more intense.

They formed a Facebook group named “No Surrender Overcomers,” which Huffman said they use to “bring awareness to suicide prevention, mental health and substance abuse.”

After completing the trifecta, they were invited to the Trifecta World Championship in Greece. They will make the journey on Nov. 5-8. It will include a combination of three races — the four-mile “sprint,” 10 miles (the “Super”) and 15 miles (the “Beast”).

“This destination is exclusive to members of the coveted ‘Trifecta Tribe,’” Huffman said. “Only those Spartans who have earned it will stand on the starting line and race before the statue of King Leonidas, past the tomb of Menelaus, through the waters of Eurotas and find glory in the ancient homeland of the Spartans.”

Huffman said the race is “a once in a lifetime opportunity that not everyone gets to take part in, and it is so meaningful to Matthew and I because of everything we have overcome to get to this point.”

He has lost more than 140 pounds and changed his life, he said.

Huffman has already purchased his tickets to get to Greece, but is trying to raise funds to cover the rest of the expenses. He has planned a potluck at 2 p.m. on March 7 at the Danville Salvation Army gym to help fund his trip. The event will include 10 baskets for raffle winners, as well as “live testimonies from people who have overcome obstacles in their life, live workouts and more,” Huffman said.

He said “the event is free, with a suggested donation to our race funds;” he asked those who plan to attend to RSVP him at huffman2healthy@gmail.com.

“I will be a part of Team USA, as this is just like an Olympic-type event for Spartan,” he said.

Huffman said he wants to “provide hope to other people who struggle with weight loss, while also promoting my event for this important race.”