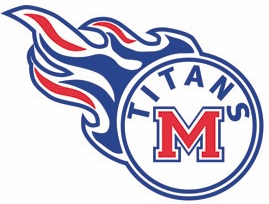 STANFORD — It was not the way that Mercer County’s Hayley Spivey wanted her team’s season to end and now she can only hope it will be a learning lesson for future seasons.

Wayne County got a sensational game from junior Macey Blevins to knock off Mercer 61-57 here Tuesday night in the 12th Region Tournament. Blevins had her team’s first 18 points and finished with 37 points, 12 rebounds and three assists while playing all 32 minutes.

“She is just a good player and is very hard to guard,” Spivey said. “She has a high basketball IQ and we just have to learn to not let that be able to beat us. She just controlled the game.”

Mercer (22-9) only loses two seniors off this team and returns freshman Timberlynn Yeast, who has already one over 1,000 career points. She had 11 points, five rebounds and two blocked shots Tuesday but only got 10 shots.

Another freshman, guard Anna Kate Drakeford, carried Mercer’s offense. She finished with 25 points, including 17 of her team’s 29 points in the second half, and was 9-for-19 from the field and 6-for-6 at the foul line.

“She did what we needed. She hit big shots, attacked the basket which was impressive for a freshman. But it’s not enough for just her to do that. We needed others to play better,” Spivey said.

“I am just hoping this prepares us for future seasons. We have a lot of young players. It’s not good to go out this way but hopefully this will make us prepare even harder and work even harder to make sure this doesn’t happen again.”

Other than Drakeford, the Titans were just 13 of 41 from the field as a team and 19 of the misses came at the rim. The Titans also missed seven of 17 free throws.

“You just can’t miss 19 shots around the rim and win in the regional, especially if you miss free throws, too,” Spivey said. “We just missed too many shots and they didn’t.”

Blevins missed three straight free throws late in the fourth quarter to keep Mercer’s hopes alive but then sealed the win with five straight charity shots. She finished the game 18 of 22 at the foul line.

“We just fouled her too much,” Spivey said. “We still were in great shape going into the fourth quarter (leading 46-45) but then we just struggled to make shots and it cost us.

“We didn’t start the game very well and then picked up our intensity in the second quarter. But they shot 36 free throws and just kept getting to the line.”

Mercer won 59-49 at Wayne Feb. 1 when Channing Lewis had 21 points and 13 rebounds, Yeast 19 points and 11 boards, and Drakeford 12 points. This time Lewis, one of the team’s senior, had all six of her points in the first half before fouling out late in the game.

“Maybe we didn’t have quite the focus we should have because of that. I don’t know. I thought we did but that’s another thing that a young team has to learn,” Spivey said. “I knew this was a tough matchup with Wayne and Blevins.

“It’s not like Wayne was far off from us and tonight they were just better than us. I’m still proud of the season we had and we have a lot of really good players coming back for next season. But this hurts and that only way to change that is to learn from it and not let it happen again.”