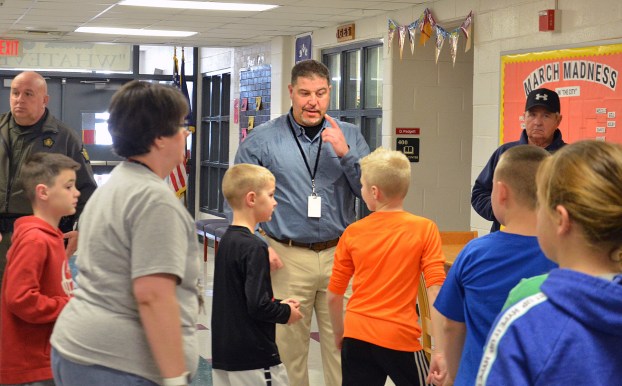 JES Tornado drill “might be one of the best”

It took only 1 minutes and 40 seconds (or 100 seconds) for Junction City Elementary School’s 400 students to get in place during the statewide tornado drill Wednesday morning. 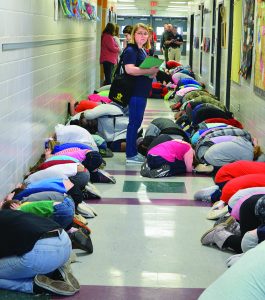 “That might be the best time I’ve ever seen,” said Boyle County Assistant Superintendent and Director of Pupil Personnel Chris Holderman as he watched them go back to their classrooms. “I’m proud of those kids.”

After watching the drill where students quickly and quietly walked single file to the interior hallways and sheltered themselves by crouching down facing the walls and covering their heads and necks with their arms, Emergency Management Director Mike Wilder said, “It was nicely done!”

The one hiccup, he said, was that Junction City’s warning siren didn’t go off, but that was expected since the new one is in the process of being installed.

In the wake of the recent disastrous tornadoes that touched down in and around Nashville, Wilder said more residents are signing up for Code Red, which is a free notification service for residents in Boyle County where they will be notified any type of local emergency situation including tornados, closed roads due to down trees and flooding and even an active shooter, he said.

To register for Code Red, go to Boyleky.com, scroll to the bottom of the page, click on the Code Red button and fill out the information. 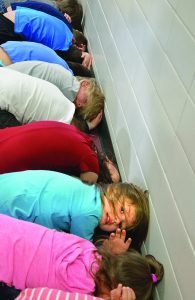 Preschooler Megan Cloyd peeks up during the tornado drill. 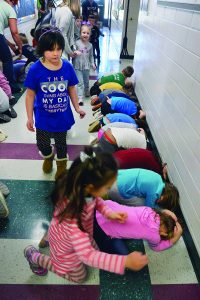 Preschool students take their places against a wall during Wednesday’s tornado drill.

The Kentucky Economic Development Finance Authority finalized up to $600,000 in tax incentives for Denyo Manufacturing in Danville last... read more