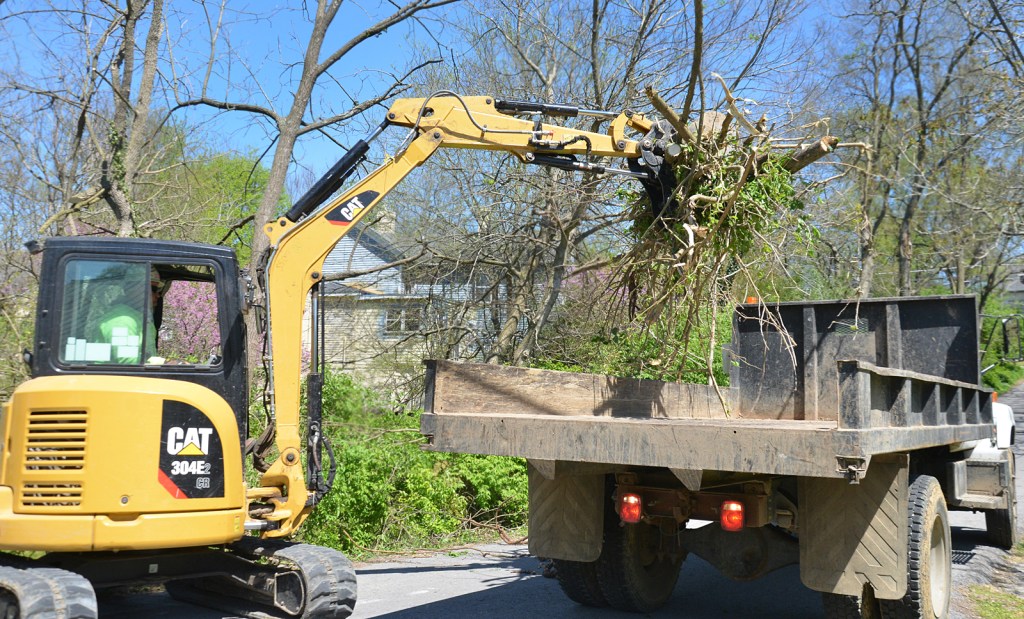 A spring thunderstorm ripped through Boyle County about midnight Wednesday causing trees and limbs to fall and downed utility poles and power lines, with most damage in the western portion of the county.

According to Inter County Energy Cooperative Vice President of Communications and Member Services Dan Hitchcock, repair crews were dispatched shortly after midnight to repair 10 broken utility poles. Each pole takes about three hours to repair, he said, depending on the location.

Nearly 2,000 RECC customers were without power at the height of the outage, Hitchcock said. And by 11 a.m. Thursday, there were less than 200 customers who still needed electric service. He said everyone should have had their power returned by Thursday afternoon.

In addition to the poles being damaged, several power lines were also taken down.

Hitchcock said each line services about 40 to 50 customers, so repair crews had to work quickly to repair them and the poles in order to get the nearly 2,000 customers back on line.

Hitchcock said, “We were prepared for it (the storm),” and sent out repairmen just as soon as it passed just a bit.

Boyle Emergency Management Director Mike Wilder said there were no tornadoes associated with Wednesday night’s storm. He estimated that straight line winds caused the damage which reached up to 60 mph.

Wilder said most of the reported damage came from callers in Junction City, Perryville, and on Parksville Crosspike.

He said, “It was a typical spring storm, but they can wreak havoc.”

In Danville, there was “minimal damage,” according to Public Works Director Rick Henry. He and his crew of two men were dispatched about 1:30 a.m. to clear a tree blocking Randolph Hill, and another one off a sidewalk on Fourth Street in front of Preston-Pruitt-Spurlin Funeral Home. Later in the morning, the public works department cleared a tree that fell after the storm on Lisa Avenue, and some brush and dead limbs from the side of Earl Street.

City Engineer Earl Coffey said electrical systems at the wastewater pump station in Junction City and at the bulk water sales unit were damaged during the storm, but he couldn’t say if the damage was caused by lightning or a power surge.