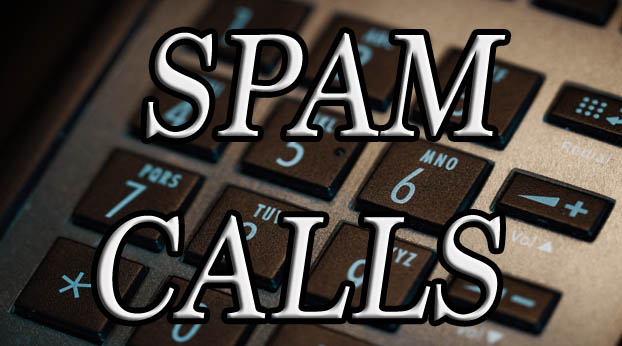 You may have noticed your telephone ringing a little less frequently with the spam calls that have become common for many telephone customers.
Whether it was a call offering an extended warranty on a vehicle, options for health insurance, or any other unsolicited service, most people have received at least one of the calls on their cell, home or business phone, but statistics show those calls have slowed since the arrival of the novel coronavirus.
According to AllAreaCodes.com, a site providing area code information within the North American Numbering Plan encompassing 25 regions in 20 countries, those calls have declined since the beginning of the COVID-19 crisis.
The site reports that after analyzing more than one million consumer complaints to the Federal Trade Commission about nuisance calls, results showed a decline of 58% because of the virus.
The week of March 8 was when the World Health Organization declared a global pandemic and the United States declared a national emergency. That same week, the FTC’s Do-Not-Call Registry reported a 15% drop in violations compared to the previous week. One week later, the number of dropped by an additional 23%, according to the FTC, and as of April 5, the decline was at 58%.
Kentucky is just outside the middle of the pack at 31st nationally in terms of states that saw the calls drop, with a 55% decline.

Still getting calls?
Many who are still getting the spam calls are potential victims of COVID-19 scams, according to the FTC. Scammers are attempting to get money from citizens receiving unemployment payments or stimulus checks from the government, and the FTC warns that citizens should make themselves aware of what some of the scam calls sound like. Below are links to audio clips of some of the scam calls that are being made to help you be aware when contacted.

The FTC encourages citizens to help others by sharing the links and encouraging them to subscribe to the FTC’s consumer alerts.

What do I do if I get a call?
• Hang up. Don’t press any numbers. The recording might say that pressing a number will let you speak to a live operator or remove you from their call list, but it might lead to more robocalls, instead.
• Consider using a call blocking app or device. You also can ask your phone provider if it has call-blocking tools. To learn more, go to ftc.gov/calls.
• Report the call. Report robocalls at ftc.gov/complaint.

City hopes to raise money for nonprofits; turn the…