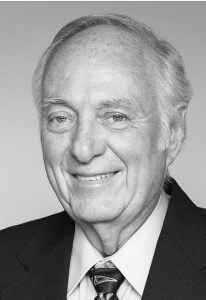 Janis Wayne Greer passed away Saturday, April 25, in Danville, Kentucky, after a short illness. He was born in Pond, Kentucky, to Joseph and Geneva (Sweeney) Greer on September 23, 1940, the fourth of five children.

Wayne attended Pond Elementary School, a two-room schoolhouse, for grades 1-6, then Waynesburg Grade School and Memorial High School in Waynesburg, Kentucky, from which he graduated in 1958.

After high school, Wayne worked for Rowe & Company surveying subdivisions and the new Turfland Mall project in Lexington. Wayne was then employed by Square D for several years before joining IBM in Lexington, where he worked on production lines until becoming a manager.

Wayne met Joan (Montgomery) Greer in high school, and they started dating during his senior year. They married on Good Friday, April 15, 1960, at Gardenside Baptist Church in Lexington, where they remained members until their passing. Their first son, Jeffrey, was born in 1962, and their second son, Dale, in 1966.

Wayne had a range of interests and activities including serving as a deacon at Gardenside Baptist Church, visiting France on business with IBM, vacationing with family to the Smokies, Florida or Nashville, attending UK basketball games, playing golf, photography, square dancing, maintaining an immaculate home and lawn, or making desserts people will be talking about for years to come. Above all, Wayne cherished time with friends and family, especially at Greer Park or doting on his granddaughter, Allison.

Due to the current COVID-19 restrictions, a Private Funeral Service and Private Graveside Service with Burial will take place Saturday, May 2, 2020. The Private Funeral Service will be live streamed on Barnett, Demrow & Friend Funeral Home’s Facebook page at 11:30 a.m. Saturday, May 2, 2020. The Private Graveside Service, with Jason Kilby officiating, will be live streamed on our Facebook page and broadcast live on 102.9 WPBK-FM at noon Saturday.