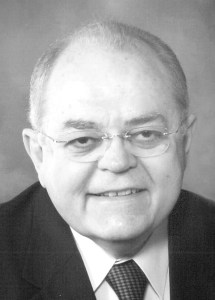 Pastor Donald Stewart Fortner, 69, went home to be with the Lord on April 29, 2020 at his residence in Danville. Born June 10, 1950 in Bladen County, NC to the late Claude and Mary Harrellson Fortner. In addition to his parents, he is predeceased by his sister, the late Juanita Disher. After graduating Piedmont Bible College, Donald was pastor of Lookout Baptist Church in West Virginia. He moved to Danville in 1980 where he pastored Grace Baptist Church for 40 years. Donald ensured that his ministry would continue through CD’s and DVD’s that have been distributed throughout the world and by authoring thousands of hymns and more than 20 books.

Private services will be held. Memorial donations are suggested to Grace Baptist Church. Hugs from Home and condolences available at www.stithcares.com.