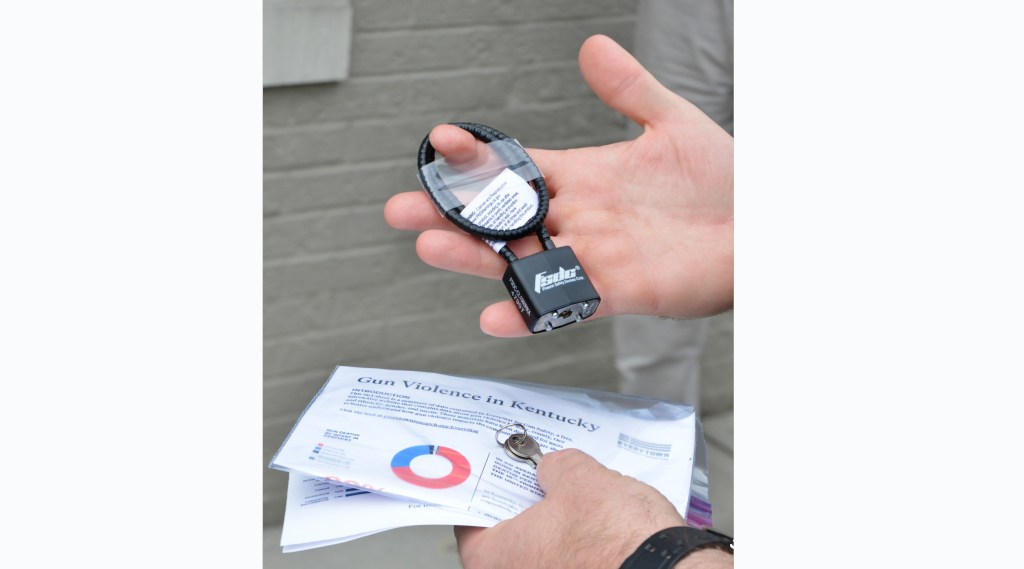 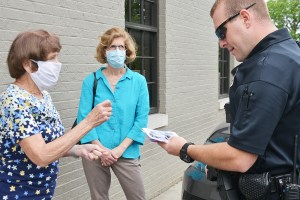 The Danville Police Department was given 42 gun locks for officers to share with the public in an effort to prevent a loaded gun from being fired by children or adults who are at risk of harming themselves or others. The donation was through a portion of Danville’s Presbyterian Church congregation’s annual Peace Offering.

Pastor Caroline Kelley said 25% of the offering was designated for local peacemaking activities.

Church member Joanie Lukins and Kelley presented a box of the cable gun locks and keys on Friday to Police Chief Tony Gray and officers Adam Wilson and Mary Roller.

Lukins told the officers, “We’re not against guns. We’re for gun safety.”

In an email, Lukins wrote, “We know there is little we can do to address mass shootings … but we hope this gesture might prevent some accidental shootings and/or suicides, which have certainly broken the ‘peace’ of our community in the last few years.

“We are called by our faith to promote peace. Our community has suffered quite a few losses due to gun violence, as have most communities in the state and nation. Although ‘peace’ is a multifaceted concept, defined differently in various contexts, when we think of ‘peace’ at a local lever, we generally think of an absence of violence. So, we sought something we could do on a local level to prevent violence.”

She added, “We know that a huge majority of citizens in our nation strongly favor some sort of gun violence reduction, yet months and years elapse without change in our statutes. This initiative is NOT about taking away guns; it IS about saving lives and preventing injury through responsible protection of firearms.”

Statistics about gun violence in Kentucky provided by the EveryTown for Gun Safety organization will be included with every gun lock that the church donated to the DPD, Lukins said.

Some of the figures include: