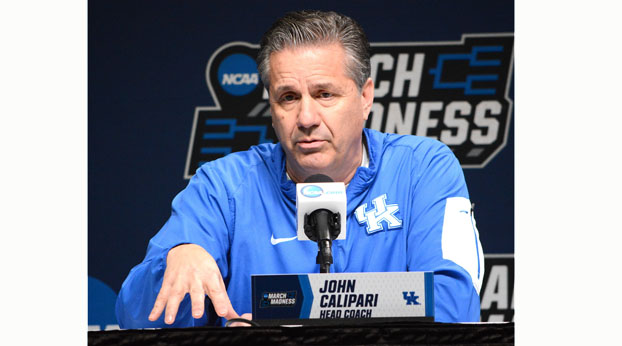 Calipari: Cats will be in a ‘pretty good bubble’ upon return to campus

LEXINGTON, Ky. (KT) — John Calipari expects things to be different, much different, when players return to campus for voluntary workouts in less than two weeks.

The Southeastern Conference paved the way for players to return to campus on June 8. It will mark the first time students have been allowed on campus since the COVID-19 pandemic forced the cancellation of the SEC and NCAA Tournaments as well as all spring sports, including baseball and softball.

“The protocol would be (to do) the medical stuff for three days before we do anything, conditioning without any of us coaches for two weeks,” he said on his weekly “Coffee with Cal” Facebook Live series earlier this week. “I still have to meet with the parents.”

An advantage for the Wildcats is the close proximity of the Joe Craft Practice Facility and Wildcat Coal Lodge, which serves as a dorm for the players. Both are located adjacent to each other near Memorial Coliseum.

“We’d be in a pretty good bubble,” Calipari said. “We have a great hospital (UK Chandler Medical Center) if anything were to happen — probably better for them than having to go to an emergency room,” he said. “We’ve got a nationally renowned hospital that’s one of the best in the world right there. But I still have to talk to the parents and let them know. We’re going to test when they come back. We’re going to know where things are.”

Calipari will welcome a roster of 10 new players this summer and is relying on different techniques to get his squad ready for the upcoming season. Calipari has one returning player and nine (scholarship) players who have “never stepped foot on campus other than a (recruiting) visit.”

“We’re doing Zoom calls. We’re going to start doing video [film]. We’re going to do more tape work than I’ve ever done,” Calipari said. “I’m more into the mental toughness, the physical readiness, the conditioning, the weight strength, the diet to get that base set versus ‘here’s how we play.’ I can get to that but we’re going to be forced to do it earlier. It may be better.”

Like most coaches in the league and across the country, Calipari is looking forward to getting the players back on campus to resume a form of normalcy.

“The reality of it is, I kind of want them back, but just be together,” Calipari said. “None of us know a month from now how it may change for the better. We just don’t know.”

On Monday, college football conferences and television networks announced they were holding off on announcing starting times for early-season games.

Kentucky is scheduled to open the season against Eastern Michigan on Sept. 5 at Kroger Field. The Wildcats are supposed to play three of their first five games at home. The team opens SEC play at Florida on Sept. 12.

Parks & Rec to have community workday; Registration deadline is Thursday

Danville-Boyle County Parks and Recreation will hold a special community workday from 9 a.m to 1 p.m. Saturday, May 30.... read more