Some difficult days ahead for Kentuckians 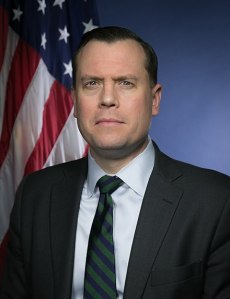 LOUISVILLE, Ky. – These last few months have been tough for Kentuckians, particularly those who call Louisville home.

From fears of the virus’ impact on loved ones, to lost jobs and shuttered businesses, to nauseating images of death in Minneapolis, to recent confusing loss of life here at home, the term “Commonwealth” seems anything but to many of our neighbors.

In recent days, many in Louisville have gathered to voice their anger, confusion, and frustration; protest activity so sacred as to be present in our country’s founding document. Those cries of protest continue and must be protected by those of us who have taken an oath to do so.

Sadly, there are individuals who are undermining the efforts of these peaceful protesters and placing citizens and police at risk, who are inciting violence and destroying the very physical infrastructure of our city.

Over the last six nights in Louisville two groups have emerged: those forcefully and peacefully demanding that their voices be heard, and simply put, criminals.

These criminals have been using the cover of the protests to burglarize drug stores for their controlled substances and gun shops seeking firearms, loot almost half a dozen ATMs, carjack vehicles, and shoot at police. This is violence and mayhem, not constitutionally protected protest.

Looting pharmacies for drugs, breaking into businesses seeking guns, shooting at police, carrying a firearm as a convicted felon, or committing arson, have nothing to do with justice or honoring the lives of others. As Attorney General William Barr stated earlier Thursday, “When the rule of law breaks down, the promise of America does too.”

RUSSELL COLEMAN is the U.S. Attorney for the Western District of Kentucky.

Writer worries about spread of virus in Central Ky.…