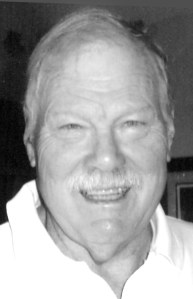 Bob was born in Evansville, Indiana, on December 17, 1941, to the late Robert E. and Alice McWhirter Messamore. After graduating from Central High School, he enlisted in the Air Force, serving during the Cuban Missile Crisis and stationed near Sacramento, California.

Bob resided in the San Francisco (SF) Bay Area for 40 years; he enjoyed boating, golfing in Scotland, and playing sports. During retirement, Bob relocated to Kentucky in 2005. He served as an Elder of The Presbyterian Church of Danville.

Bob had an entrepreneurial spirit. Following his service in the Air Force, Bob earned his bachelor’s degree from Evansville School of Business. He worked as a banker and then became principal owner of European Motorcars Ltd. He had a lifelong enthusiasm for cars, was an avid collector and a member of Corvette Clubs.

Bob was an animal lover with a passion for greyhound breeding which brought him frequently to Ireland. Bob’s witty, charismatic personality enabled natural connections with people and accelerated his success as North American Sales Manager for a SF Bay Area technology company.

He is survived by his beloved wife, Janet (Bergstrom) Messamore; a brother-in-law, David Bergstrom of Saint Michaels, Maryland; a niece, Cynthia Bergstrom of London, England; a nephew, Paul Bergstrom (Sarah), a great niece, Amelia Bergstrom, all of Alexandria, Virginia; and a sister-in-law, Deborah Bergstrom of Bridgeport, West Virginia.

Military honors will be presented at Camp Nelson National Cemetery in Nicholasville, Kentucky. Rev. Rollin Tarter will officiate at a private family gathering.

The family thanks each of you for your thoughts and prayers. Please sign the guest book or Light A Candle at www.stithcares.com.