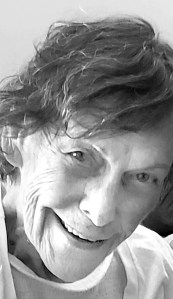 Anne Dooling Clarke died peacefully on July 14th. She was born in Boston to Pauline and James Dooling, was a resident of Danville, KY for more than sixty years, and is survived by three of her four sons: Philip J. Clarke 3rd and wife Winifred, Morehead City, NC; John Dillon Clarke and wife Jan, Huntsville, AL; and David Rogers Clarke and wife Anna, Fairfax, VA.

She was a graduate of the Convent of the Sacred Heart 91st Street, Manhattanville College, and the University of Kentucky College of Law.

Anne was a devoted mother, caring sister, and supporter of the arts and library. She enjoyed visiting her grandchildren and was an avid fan of the UK and Notre Dame sports teams. With time on her hands after raising her four sons, Anne went to law school and subsequently was in private practice in Danville for several years and then worked as an attorney for the Kentucky Cabinet for Health and Human Services until her retirement.

Anne had a sharp wit and was a strong believer in “good government” and ensuring equality of opportunity for all.

A memorial service will be held in Danville, KY when circumstances permit. Contributions in her memory may be made to the Saint Peter & Paul Catholic Church, Danville, KY or the charity of your choice. An online guestbook is available at www.stithcares.com.