Traffic patterns to change at Third and Main streets 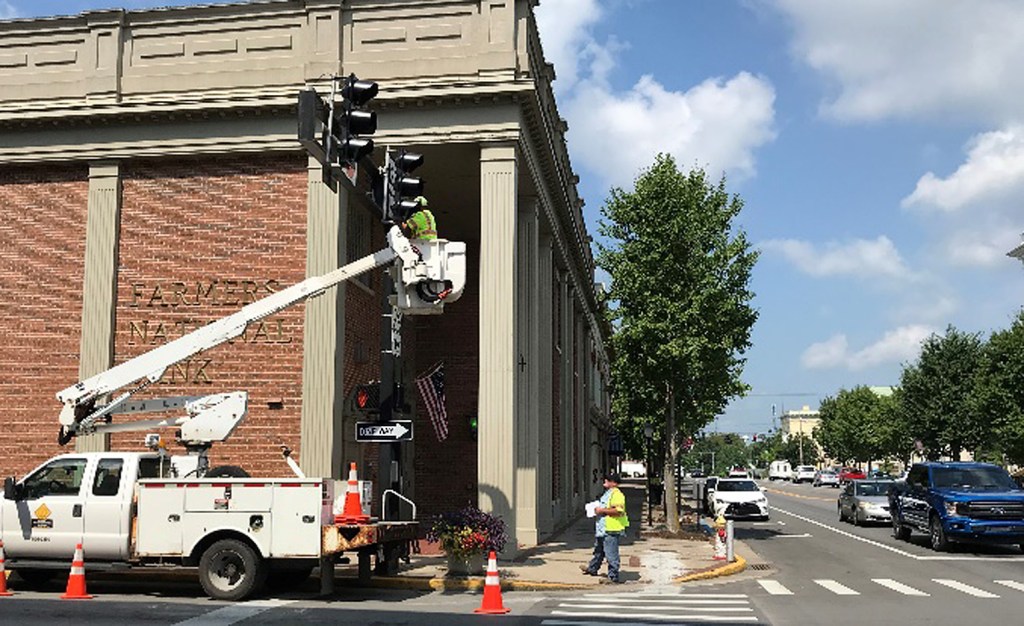 The intersection of Third and Main streets will become safer for pedestrians and drivers next week.

In response to public pressure following many accidents over the years, and a fatality last fall at the intersection, the Kentucky State Traffic Control Cabinet has studied the traffic flow and will program the traffic light signal pattern differently than it is now, said City Engineer John Cassel. Drivers and pedestrians need to be aware of the changes coming, probably on Tuesday, he added.

Once the traffic signal cycle is changed, “When they have a green light, they don’t have to worry about anything but just themselves,” Cassel said, referring to drivers traveling north and south on Third Street. “

This pattern and timing will be programmed for peak traffic times, Cassel said. Low

traffic times will be similar to Third Street and Lexington Avenue intersection, where if no vehicles are waiting, the traffic light sensor will skip that phase and go to the next. It’s called “free operation,” Cassel said. “It’s more efficient.”

Kentucky Transportation Cabinet engineers will be monitoring this setup and adjust if needed, Cassel said.

Only allowing one direction at a time to operate on Third Street should help drivers concentrate on fewer conflicts and see pedestrians quicker,” Cassel said.

The pedestrian crossing button is also an added safety feature. When pedestrians push the button, the system will automatically pause vehicles an additional three to five seconds giving walkers extra time to make their way further out into the intersection thus making them easier for drivers to see. “It is a safety feature,” that pedestrians should be aware of and use, he added.

Also, new bright street lighting is on its way to brighten the intersection at night, Cassel said. It should be here in about a month. New and brighter sidewalk lighting was installed about two weeks ago from Second to Fourth Streets, Cassel said. And there may be a possibility new lighting will expand eastward.

Danville Schools to use online only learning