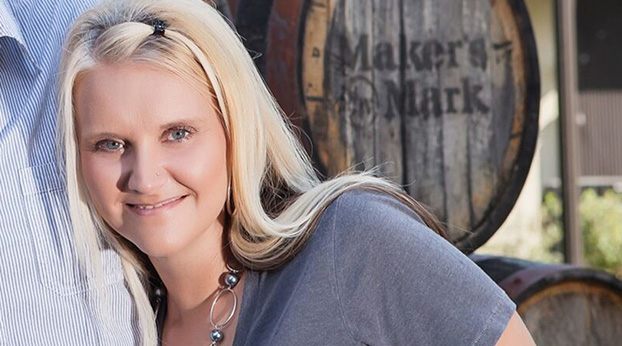 Crystal Rogers of Bardstown has been part of a missing persons case since 2015.

One of Kentucky’s most high-profile missing persons cases of the past decade is back on the front burner as the Federal Bureau of Investigations announced Thursday morning that they are taking over the investigation into the disappearance of Crystal Rogers, and immediately began executing search warrants.

The 35-year-old Bardstown woman disappeared July 3, 2015, from the home she was sharing with her boyfriend, Brooks Houck, the couple’s two-year old son and her other children.

Houck, who was the last person to see her alive, has said Rogers was playing a game on her phone when he went to bed, and when he got up the next morning, both she and her car were gone.  Her car was found along the shoulder of the Bluegrass Parkway on July 5, with her purse, keys and cell phone inside.

Investigators later named Houck a suspect in the disappearance, but have never charged him with a crime, and Rogers has long been presumed dead.

Late last month, possible human remains were found, near the border of Nelson and Washington counties, not far from where Rogers was last seen.  Police called in the FBI’s Evidence Response Team, because the remains were in a difficult to reach location, according to WHAS-TV.  Those remains were taken to the FBI lab in Quantico, Virginia for testing.

Thursday morning, the FBI announced, “It is now the lead investigative agency on the Crystal Rogers case and is working with several federal, state and local partners to include the Internal Revenue Service, the Kentucky State Police and the United States Attorney’s Office. By utilizing federal resources and expertise and by bringing a fresh perspective to the case, those responsible for Crystal’s disappearance will be brought to justice.

“I have committed publicly and privately that delivering long-sought justice in Nelson County is the highest priority case of the United States Attorney’s Office,” said U.S. Attorney Russell Coleman. “Today’s efforts by our stalwart FBI, IRS and KSP partners is a major step in honoring that promise.”

The FBI announced that more than 150 state and federal law enforcement officers began executing nine federal search warrants Thursday morning, and will be conducting more than fifty interviews in Bardstown.

The searches include the homes of Brooks Houck and his brother Nick, who was fired from the Bardstown Police Department amid allegations of interfering with the investigation, along with the Houck family farm, according to media reports.

In addition, the FBI launched a website dedicated to sharing information regarding Crystal’s case. Visit www.crystalrogerstaskforce.com and review the information contained on the website. It will serve as the official source of information from law enforcement.

The FBI says, “The website allows the investigative team to refresh this investigation by creating a venue to share developing information, photos and maps with the community. Communication from this site paired with the release of previously withheld, new and unique details will lead us to the last piece of the puzzle.”

A $25,000 reward has been offered by the FBI for information leading to Roger’s whereabouts.

The number of new cases of the coronavirus in Kentucky took another sharp drop on Wednesday, and only one new... read more