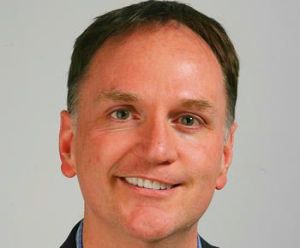 ABOUT THE WRITER
Michael Graham is political editor at InsideSources.com.

Will sending your kids back to class during the COVID-19 crisis endanger their lives? Not as much as keeping them at home.

Since the pandemic began, America has been conducting a national experiment on the effect of the novel coronavirus on young children. While the nation’s classrooms closed from coast to coast, there were open daycare centers in nearly every state.

So, what happens when you leave a bunch of young children bunched together in relatively unregulated daycares during the height of a viral pandemic?

The good news in the case of this novel coronavirus is, “not much.”

In New Hampshire, for example, thousands of children have been in daycare at some point during the pandemic. During the peak of infections in April and May, there were about 6,000 children in these group settings. And how many outbreaks have there been at Granite State daycares?

The state’s health department hasn’t reported any significant infections. In fact, fewer than 2 percent of positive tests have been among children under the age of 10. Of the 681 Granite Staters who’ve been hospitalized for COVID-19, just four were under 10 years old. Only nine were under the age of 20.

The same in California, where 75 percent of daycare facilities have remained opened. While enrollment fell significantly, there are still hundreds of thousands of children in the system, including during the current COVID-19 spike. The results:

“The vast majority of open child care facilities in California have not reported a single case — only 658 out of 38,113 facilities that are open reported any” as of July 17.

Similar results are being reported around the United States. In the Philadelphia suburbs of Delaware and Chester counties, for example, 532 of the 581 child care providers remained open during the coronavirus pandemic, according to the Pennsylvania Department of Human Services — and with no significant outbreaks of the virus.

And in Queens, N.Y., PS/1S 128 cares for more than 130 children per day ranging from 3-year-olds to 10th-graders. And despite operating at the height of COVID-19 outbreaks in New York, there hasn’t been a single reported case of coronavirus,  CNN reports.

These local numbers are backed up by national and international data showing young kids are both less likely to test positive for the coronavirus or spread it than adults. In fact, a large-scale study in South Korea found that the younger children are, the less danger they face from the virus.

And yet the school approach to reopening schools thus far has been upside down from the data. Colleges are reopening, high school kids are likely to spend at least part of the school week in class and schools are striving to keep elementary school students at home.

“The scientific case for reopening schools is compelling. Not only are young children at extremely low risk of dying from COVID-19, but they do not appear to be transmitting the virus to teachers or other adults,” said Avik Roy, a public health expert and president of the nonprofit Foundation for Research on Equal Opportunity. Roy and his team have released a plan for returning students to class while reducing risk.

So why are so many school districts deciding to leave children at home doing remote learning, rather than returning to class?

While the science regarding just how low the COVID risk to kids actually is, it’s clearly not a major threat of significant harm.

Meanwhile, the risks from leaving children home are clear and undeniable: The “Zoom School” experiment in the spring was an abject failure from an academic standpoint. It’s devastating to working parents, particularly in minority families, who are less likely to have jobs that allow them to work from home.

Tens of millions of children “rely on schools not only as a place to learn and have socialization but for food,” Carol Shoshkes Reiss, a professor of Biology and Neural Science at New York University, told Live Science. “Parents need to work and be able to work.”

And then there’s the safety issue. Two of the top killers of kids 18 and younger aren’t viruses and disease. They’re accidents and homicides. The rates of both among children are far higher away from school than while on school grounds.

Homicide is the second leading cause of death among kids and teenagers aged five through 18. Fewer than 2 percent of these deaths occur on school grounds, on the way to/from school or at or on the way to/from a school-sponsored event.

Injuries from accidents are the leading cause of death among kids. About 12,000 children die from accidents each year — many of them car crashes and almost none of them on a school bus.

An additional 9 million or so visit the emergency room. These are the numbers when kids are spending eight hours a day on a school bus or in class. Imagine what they’ll be when kids are home, often relatively unsupervised as mom or dad try to get some work done.

It’s mathematically possible that not a single child will die from COVID-19 if schools reopen. But it’s a mathematical certainty that some will if they’re kept at home.

Getting settled in our new Kentucky home

I’ll never move again! That’s what I said the last time my family and I loaded up everything we own... read more