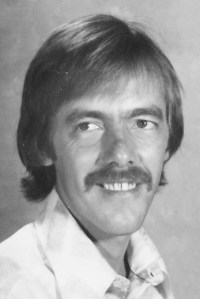 Bradley was born in Lincoln County, Kentucky on October 25, 1948, to the late James Carl Turner and Bonnie Jean (Miller) Jackson. He was a member of the Beulah First Church of God. Brad was a veteran of the United States Army and The Army National Guard having served during the Vietnam War. He had been awarded the Purple Heart, The Silver Star, The Bronze Star, and The Vietnam Campaign Medal were a few of his well deserved medals he had received during his enlistment.

In addition to his parents, Bradley was preceded in death by a Brother, James Anthony Turner

Funeral Service will be held 10 AM, Monday, August 17, 2020 at McKnight Funeral Home Chapel with Sister Jessica Hall. Burial will be in the Camp Nelson National Cemetery.

Visitation will be from 2 until 4pm on Sunday, August 16th at McKnight Funeral Home.

Memorial contributions can be made to the Caswell Saufley American Legion Post #18 at P.O. Box 74 Stanford, Ky 40484 or to the Cystic Fibrosis Foundation-Kentucky Chapter at 1941 Bishop Lane, Suite 108 Louisville, KY 40218